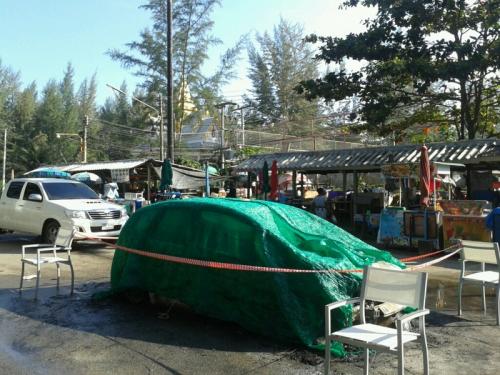 PHUKET: Phuket police believe a Honda Jazz belonging to a beachfront seafood restaurant owner was maliciously set ablaze last night as part of an ongoing conflict between vendors in the Surin Beach area.

Police declined to name the owner of the car for safety reasons.

The owner parked the car in front of the restaurant at about 3pm yesterday. Just over 12 hours later, the car was consumed by flames.

It took Cherng Talay firefighters about 30 minutes to extinguish the blaze.

“The car owner also owns a seafood restaurant near the mini-mart that was set on fire last month,” Lt Col Rassada pointed out.