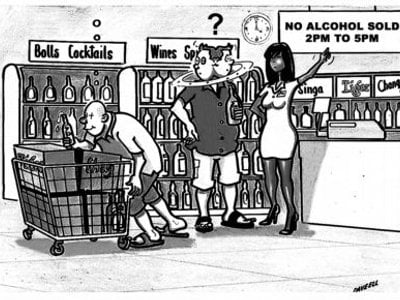 PHUKET: All bars and nightlife entertainment venues on the island must close for the two-day Asarnha Bucha Day public holidays (today and tomorrow), Phuket Provincial Police have confirmed.

A spokesperson in the Phuket Provincial Police planning section today confirmed that there will be a two-day ban on alcohol sales at all nightlife venues.

Alcohol sales at retail establishments will remain as normal, with alcohol being available for sale from 11am to 2pm and from 5pm until midnight.

Asarnha Bucha Day, on the full moon of the eighth lunar month, commemorates the Buddha’s first sermon and the founding of the Buddhist sangha.

Believers observe the day by making merit at temples and attending sermons.

Among the disruptions as a result of the ban, play in the Patong Darts League has been postponed.

A highly anticipated match-up between league leaders Hemingway’s and the last team to beat them, Market Bar, has been postponed to take place at Market Bar on Nanai Rd on Thursday at 8:30pm.

Players on other teams should contact their captains to find out when the matches will be played.

The league is also holding an emergency meeting at 3pm on Wednesday to discuss the future of the league.

Started about 10 years ago, the league is down to just six teams and many of these are having difficulty finding players.

League secretary Olivier Lambert of Shakers Bar has asked all bar owners to be present. Any other league members are also welcome to attend.

“We need to put some ideas together to improve conditions,” he said.

Organizers of other events or activities that will be affected by the ban are welcome to post information in the Reader’s Forum below.