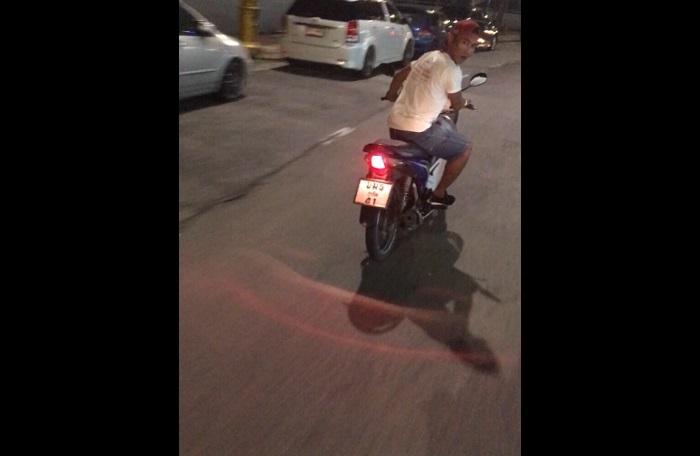 PHUKET: A Rawai local was arrested at his residence on Tuesday, after CCTV footage showed him stealing a bag from a tour booth in Patong last Friday.

A 34-year-old tour operator, named as Warrathaya Kamklin, filed a complaint with Patong Police alleging that the suspect, Tuanaroon Chokkua, 26, had stolen a bag from his booth’s counter.

Police asked the court to issue an arrest warrant after reviewing CCTV footage, in which Mr Tuanaroon’s activities could be seen.

Additionally, Mr Warrathaya had followed the suspect and memorized his vehicle’s plate number on the day of the incident.

“At Mr Tuanaroon’s house, we recovered the stolen bag with 3,000 baht in cash, an ATM card, some other cards and documents,” said Lt Col Somsak Thongkliang of Patong Police.

Mr Tuanaroon denied having anything to do with the crime.