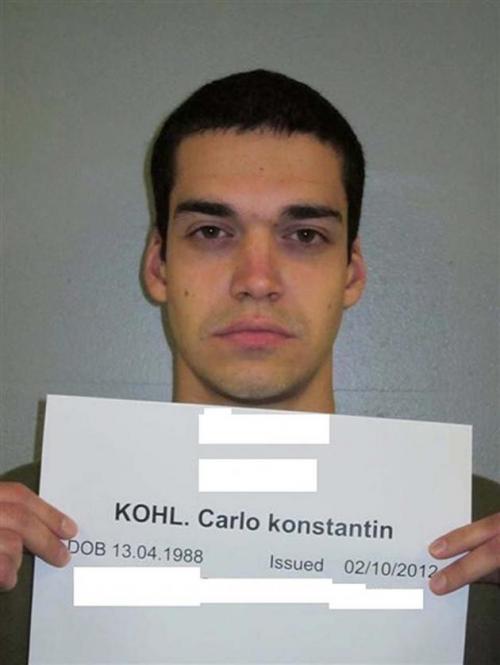 PHUKET: Police across Phuket are on alert for a German fugitive who managed to escape Australian police officers guarding him as they waited for a connecting flight at Suvarnabhumi International Airport.

Carlo Konstantin Kohl, a 25-year-old burglary suspect, escaped from the airport’s “day room” – a waiting room for transit passengers who do not need to go through immigration formalities – while waiting for a delayed transfer flight to Germany early on May 15.

They are also interviewing taxi drivers at Suvarnabhumi Airport for clues.

Kohl, a former military officer with some mechanical knowledge who has never been to Thailand, is expected to go into hiding because he had no access to cash, Gen Panu said.

The German Embassy in Bangkok revealed that Kohl had applied for a new passport, claiming his old one was lost, but he did not show up to collect it on May 27, explained Immigration police investigator Col Chatchai Eam-Seang.

Police have also discovered that he emailed his relatives in Germany and are trying to trace the location from which he sent the emails.

Australian authorities were accused of trying to cover up the “hugely embarrassing” escape.

Australian Member of Parliament Eric Abetz said two guards hired by the Immigration Bureau were asleep on the job when Kohl escaped.

The connecting Thai Airways International flight in Bangkok to Frankfurt was delayed, and Kohl managed to flee on the pretext of taking a shower.

Thai authorities said they believe Kohl is on the run in Thailand and have posted a 10,000-baht reward for his capture.

He had been convicted of theft and other charges in Australia and was reportedly released after serving three years. Convicts are routinely deported when they complete their sentence.

Thai officials said they were not informed that a German criminal escorted by Australian guards was passing through Bangkok.

“Nobody informed us beforehand of the suspect’s arrival, which would have been normal procedure,” said an airport official who asked to remain anonymous.

“They only contacted us after he had disappeared,” the official added.