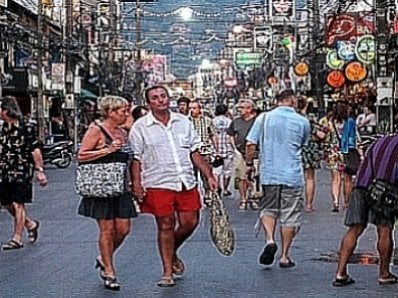 PHUKET: Phuket Police have confirmed that a 24-hour ban on selling alcohol will come into effect from midnight tonight in respect of tomorrow being the Buddhist holiday Makha Bucha Day.

Lt Col Pisit Chuenpetch, Deputy Superintendent of Phuket City Police Station, confirmed to the Phuket Gazette this afternoon that the ban will be enforced across Phuket.

“This a nationwide ban in respect for tomorrow being a Buddhist holiday,” he said.

The ban will end at midnight on Wednesday.

However, Lt Col Pisit declined to clearly indicate whether or not hotels are to abstain from selling alcohol.

Patong Police chief Arayapan Pukbuakao warned that any nightlife venues, restaurants and even convenience stores such as 7-Elevens caught selling alcohol during the ban will be fined.

“Police officers will patrol the streets of Patong to enforce the ban,” Col Arayapan said.

“Offenders will face a fine ranging from 3,000 to 5,000 baht, depending on the severity of the transgression,” he added.