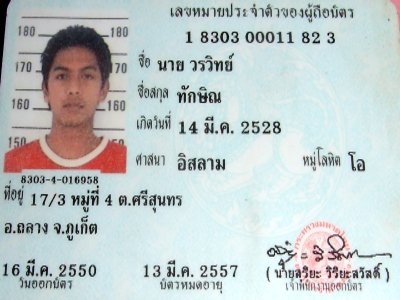 Thalang Police were notified of the road fatality at about 3am yesterday.

At the scene, near the Muang and Thalang district borderline, police found the body of Worrawit Thaksin, 25, lying dead at the side of the road with a badly broken jaw and right leg.

Near his body was a motorbike with a badly damaged front end and red license plate.

There were no other vehicles at the scene. Police said they did not know what Mr Worrawit collided with. Whatever he hit, he hit at a high speed, they said.

It was likely that Mr Worrawit was driving the motorbike northbound when he entered a slight curve, lost control and smashed into the back of a car.

His body was sent to Vachira Hospital Phuket for examination.

Thalang Police are continuing their investigation.