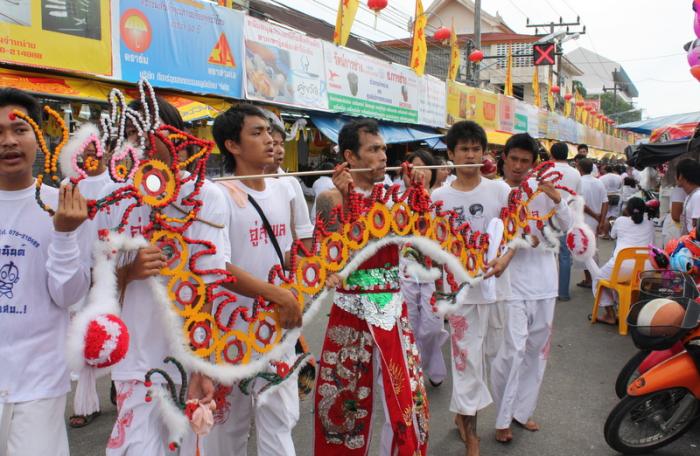 PHUKET: The controversial Phuket Vegetarian Festival, one of the most widely-celebrated events in Phuket each year, is being held from October 1-9 at various shrines and locations throughout the island.

Held in the ninth month of the lunar calendar, the festival features a host of events and draws large crowds to Phuket each year (story here).

The Phuket City Municipality has announced the following schedule of events for festival-goers:

“On the last day of the festival, all participating shrines will stage street processions to Saphan Hin between 6 pm to midnight to bid the gods a ‘grand farewell’ before they proceed heavenward,” says Phuket City Mayor Somjai Suwansupana.

A special prayer ceremony will also be held on October 2 at Saphan Hin for the good fortune of His Majesty King Bhumibol Adulyadej.

Ten rules for the vegetarian festival: