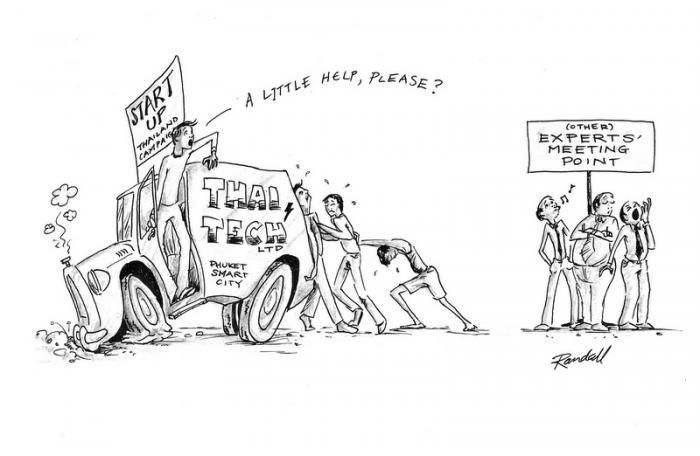 PHUKET: The new Ministry of Digital Economy and Society shows the correct spirit in supporting and promoting startup businesses through its recent Startup Thailand 2016 activities here in Phuket.

Our island has enormous potential as a hub for digital technology outfits, but fostering success for local startups in competitive international markets will require a much more ‘international outlook’ than many of the supporting agencies involved have at present.

With its large population of expatriates, a new generation of local youths with strong English-language, computer and science skills are now entering the workforce. Many of these are graduates of Phuket’s international schools, as well as schools with strong English language programs.

However, growing up on the island and being educated through high school here, many of these kids head off to study at universities abroad, never to return – although many would love to come back and work here.

The problem for many young people who fall into this category is that their parents want better academic opportunities than are made available to them through the national disgrace that is the Thai public education system.

Only a very small percentage of local youths who graduate from the two universities on the island – Rajabhat Phuket and the Prince of Songkla University Phuket Campus – emerge with the language and computer skills required for success in international commerce. Those that do possess them are often self-taught, tutored in the private sector or have some other kind of outside support. Expat parents, who have spent a fortune educating their kids at private schools here and universities abroad, find that the only jobs available to their children locally are low-paying affairs in the tourism sector.

It currently costs over 2 million baht a year for parents to send a child to study at a top-notch university, such as the so-called Ivy League schools in the United States. This is far too expensive for all but the richest of the island families.

Coverage and promotion of recent events in Phuket reveal that organizers still have a long way to go. Almost all coverage of these events is in Thai.

To tap into Phuket’s potential, the government need not focus on promotional campaigns, but rather on providing necessary infrastructure and reducing all of the regulatory and bureaucratic impediments that have kept so many promising young entrepreneurs from setting up business here.