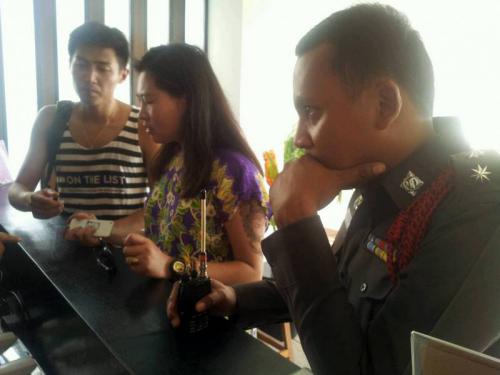 PHUKET: A Chinese couple who lost their passports to a bag snatcher yesterday are en route to their embassy in Bangkok today, with a little help from the Phuket Tourist Police.

After the couple were robbed while walking to a market along the Baan Don-Kok Tanod Road, Thalang Police got in touch with the Tourist Police.

“We contacted the Chinese Embassy for them,” said Sub Lt Jessada Wichien of the Tourist Police.

“We also provided the couple with a document they can present to the airline that will allow them to catch their flight from Krabi to Bangkok today and go to their embassy to get temporary passports for their trip home.”

A man described as having long, curly hair snatched the bag containing the couple’s passports from He Ting Ting, 29, as she walked with Gu Jun Fang, 30 at about 3:30pm on Sunday.

“Their passports were in the bag, along with 2,000 baht, some yuan and their travel itinerary,” said Capt Narong Muangdoung of the Thalang Police.

“Fortunately, they had an e-ticket, so they can print out the itinerary again,” said Lt Jessada.

Police are continuing to search for the long-haired suspect.