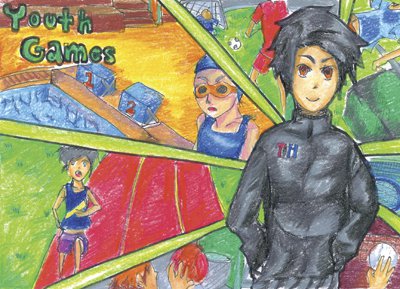 PHUKET: Starting this weekend, Phuket will host the 28th Thailand National Youth Games, an event expected to bring more than 2,000 student-athletes to the island along with an estimated 14,000 people including coaches, parents, supporters and fans of over 30 different sports and pastimes.

Gracious hosting of these games should be a point of pride among all islanders, Thais and expatriates alike. Phuket is being put on show not to the rest of the world, but to highlight to the rest of the country what Phuket has become in the span of two short decades. Now that the opportunity is here, we need to show one and all that there is far more to Phuket than beaches covered with beer-swilling foreigners, Soi Bangla and overpriced taxis.

The influx of people for the games will surely put Phuket’s infrastructure to the test. To ease the stress on local accommodation establishments, nearly all schools administered by Phuket City Municipality will serve as dormitories for visiting athletes and their support teams.

An increase in traffic is likely to become an issue. Fortunately, the new bus station in Rassada is up and running, offering low-cost transport around most of the greater Phuket Town area via the island’s pink Poh Tong bus service. Hopefully, locals will be on hand to assist new arrivals in its comprehensive-yet-confusing route system.

To make the Phuket Games possible, the Sports Authority of Thailand has poured money into upgrading several important public sporting facilities in Phuket. To overhaul the swimming pool at Saphan Hin to the standard Thailand’s future sport stars deserve took nearly two years. As a legacy of the games, Phuket residents will for years to come be able to enjoy the new international-standard indoor stadium built expressly for this event.

Now that much of the heavy lifting has been accomplished, it is time for all Phuket people to step up and show some real Thai hospitality, even if it means taking a break from the kind of profiteering that has harmed our reputation among domestic tourists just as badly as among foreign visitors. Let’s show the entire nation what we have something to offer our youth – instead of yet-another drug crackdown.

Knowing that the world’s best athletes will be arriving in London for the Olympics is proving to be a source of inspiration for people living in one of the great capitals of the world. The Phuket Games should provide the same inspiration for all of us, albeit at a national level.

Phuket should be proud to have been chosen to host these games. Let’s show them why we choose to call this island home.