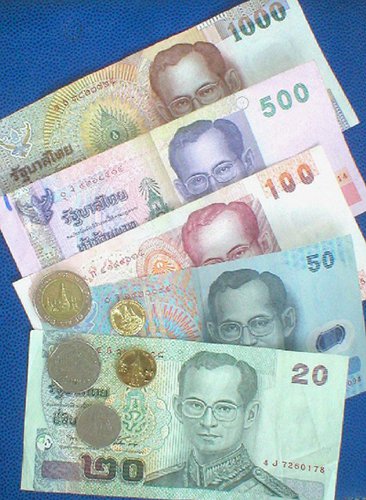 PHUKET: Police in Phuket are urging the public to check carefully any banknotes they receive, as there have been reports of counterfeit bills being passed across the south of Thailand.

An official warning has already been issued to merchants in that city, located about 50 kilometers from the Malaysian border.

“The banknote appeared similar to a real one on both sides, but was thinner and paler. If you don’t examine them carefully, you won’t notice any difference,” the sharp-eyed cashier told police, according to the blogsite of 77Nationchannel news, a partner site of the Phuket Gazette.

Police questioned 40-year-old vendor Kornan Buanark, who said he had no idea the bill he paid with was counterfeit.

“I would never have used it if I knew it was fake. I will repay 7-Eleven,” he said.

It was not reported if police would charge Mr Kornan. They kept the note as evidence, saying they would investigate further to try to find the woman who paid him with it.

Counterfeiting is a very serious crime in Thailand. Producers of fake banknotes are liable to life imprisonment, while those convicted of deliberately passing them can be sentenced from one to 15 years in prison.

Phuket Police Deputy Commander Sakchai Limcharoen confirmed to the Gazette that there had recently been at least one arrest on the island for counterfeiting.

“Phuket has yet to issue an official warning about fake banknotes, but we thank you for publishing this story as a way of warning the public. I heard there has recently been an increase in counterfeit currency found in the South and some other parts of Thailand,” he confirmed.

For ways to spot differences between real and counterfeit Thai banknotes, click here.