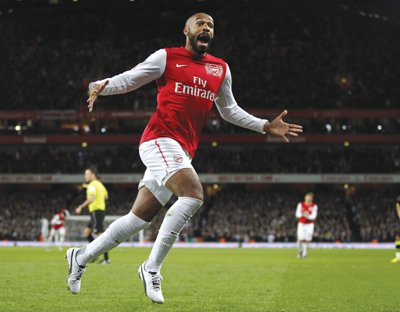 PHUKET: Chelsea have been made favorites by bookmakers to secure their seventh FA Cup title following their victory over Portsmouth.

The scoreline flattered the Blues who struggled in a dour first half to breakdown determined defensive play by the visitors.

Just after the break however, Juan Mata received a low cross from Florent Malouda and swept the ball past Stephen Henderson.

Pompey had chances to level terms after an error by David Luiz, with Petr Cech saving Marko Futacs’ effort and John Terry blocking the scrambled rebound.

It was not until the 85th minute through an Fernando Torres assist did Chelsea double their tally and put the game beyond doubt with a Ramires score.

Torres, hoping to take advantage with Didier Drogba away on international duties, lacked any real service during the game and his only genuine chance of the night was well saved by Henderson.

In the dying moments of the game Torres again became provider for Ramires to grab his second, and Frank Lampard rounded matters off in the 93rd minute.

Manchester United overcame the possibility of going out in the third round for only the second time under Alex Ferguson’s tenure beating Man City 2-3.

Referee Chris Foy’s controversial decision to dismiss Vincent Kompany for a two-footed challenge on Luis Nani could have ruined what was a pulsating FA Cup tie.

Man Utd already a goal to the good through a Wayne Rooney header scored two more before the break.

Welbeck executed a brilliant volley after a Patrice’s Evra cross was deflected, past the outstretched hand of Costel Pantilimon, deputising for a resting Joe Hart. Rooney got his second headed goal following up on his own saved penalty after a foul by Aleksandar Kolarov on Welbeck.

Whilst most teams down 0-3 and a man short would capitulate, Man City went on the attack with David Silva and Sergio Aguero both in fine form. City managed to grab two goals through Kolarov and Aguero, however United clung on for the last quarter to progress, and will now face Liverpool at Anfield.

Thierry Henry’s legendary status was confirmed when he came off the bench and scored the only goal to beat Leeds. Henry received the ball on the edge of the box and stroked it past Andy Lonergan into the bottom-right corner of the net taking the Gunners through to meet Villa.

For this week’s football fixtures and viewing times in Phuket click here.

Phuket police ordered to “hunt down’ “Ae Inside’ killers