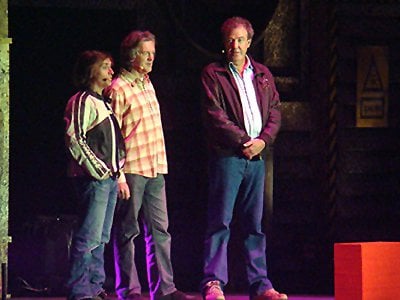 PHUKET: The Indian government has demanded an apology from the British Broadcasting Corporation (BBC) over a TV program’s episode last month which mocked Indian culture.

A Christmas special of the ‘Top Gear’ program showed presenter Jeremy Clarkson, one of the highest paid BBC presenters known for his controversial comments, mocking Indian culture while driving around the country. Clarkson made controversial comments about India’s trains, toilets, clothing, food and history.

In a letter to the program’s producer, Chris Hale, and copied to Mark Thompson, director-general of the BBC, the Indian High Commission in London said the BBC was “clearly in breach of the agreement that you had entered into, completely negating our constructive and proactive facilitation.”

The letter added: “The program was replete with cheap jibes, tasteless humor and lacked cultural sensitivity that we expect from the BBC. I write this to convey our deep disappointment over the documentary for its content and the tone of the presentation.”

The BBC confirmed that it received at least 188 complaints about the episode and said it would directly respond to the Indian High Commission’s letter. It gave no other comments.

But before Hale left for India, he reportedly informed the high commission in a letter dated July 21 that the trip was intended to be “light hearted.. focusing on the journey and the inevitable idiosyncrasies of the cars they will drive, as well as the country and the scenery we see along the way,” the Press Trust of India (PTI) reported.

Last year, the BBC was forced to apologize to the Mexican ambassador in London after the presenters of the show made jokes about Mexican cars. The trio said the vehicles reflected characteristics of their country of origin, using the words ‘lazy, feckless, flatulent and overweight.’