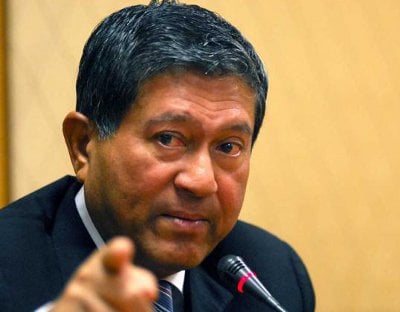 PHUKET: Senior Thai officials scrambled yesterday to deny that Thailand faced an immediate terrorist threat, following a dramatic warning by the US Embassy to Americans living in Bangkok.

The Thai authorities, led by Deputy Prime Minister Chalerm Yoobamrung, however, confirmed the arrest of a terrorist suspect and admitted that security was being stepped up.

The officials, however, were ambiguous and even confusing in their statements, and the US ambassador to Thailand insisted afterwards that the embassy warning “still holds”.

Chalerm said police had detained a Lebanese man with suspected links to the Hezbollah militant group. In other interviews earlier, Chalerm had talked about two arrests.

The Thai Foreign Ministry and the police both said the Bangkok government had been on a constant terrorist alert for some time, but the situation was now “under control” following cooperation with international intelligence authorities and stepped-up local measures.

Unclear, of course, was the status of the person or persons in custody. The latest information indicated that only one person was interrogated and no charge had yet been leveled.

Prime Minister Yingluck Shinawatra also said the situation was under control, and that the alert was nothing unusual.

An intelligence source told The Nation that one foreign man had been detained, but he was one of a few suspected terrorists who have entered the country. The man was still in custody yesterday but he had refused to give any statement, according to the source.

“This suspect has entered Thailand many times,” the source said. “Security measures have been on-going. Police in plain clothes have been deployed at Khao San Road and surveillance has also been intensified in Pattaya.”

The Thai government’s frantic denial of an immediate and serious terrorist threat came hours after the US Embassy posted on its home page the no-nonsense warning, which Ambassador Kristie Kenney would describe later in one of her tweets as “real and Bangkok specific”.

“Foreign terrorists may be currently looking to conduct attacks against tourist areas in Bangkok in the near future,” the US Embassy in Bangkok said in the emergency message posted on its website.

“US citizens are urged to exercise caution when visiting public areas where large groups of Western tourists gather in Bangkok.”

Thai officials said the man in custody had suspected links to the Hezbollah militant group.

A senior Thai intelligence officer, who did not want to be named, told news agency AFP that the Kingdom had been informed before the New Year by Israel of a possible threat. The suspect was detained on Thursday while the other man had already fled the country, he said.

‘Nothing to worry about’

Deputy PM Chalerm told AFP by telephone that the detained suspect was being questioned by Thai authorities.

“We already have one suspect in custody for interrogation at a government building in Bangkok. He is a Hezbollah [member] from Lebanon,” he said.

“I want to assure people that there is nothing to worry about. The police will take care of the situation and everything will be under control.”

Defence Minister Army General (Rtd) Yuthasak Sasiprapha seemed to take the threat more seriously. He said security would be increased yesterday evening if no more information emerged on the hideout of other suspects.

According to Gen Yuthasak, quoted by Thai Rath online, Israelis living in Thailand were feared to be targets, a situation that naturally worried the American Embassy. He said the feared period of attack was between January 13-15.

In response to a Twitter inquiry after the Thai government’s denial of immediate threat, the US ambassador said that her embassy’s warning to American citizens remained in effect.

Hezbollah, an Iranian- and Syrian-backed Muslim Shi’ite group, is blacklisted as a terrorist organization by Washington and currently dominates the Lebanese government.

“Israel was suspicious that these two men might be terrorists, so they gave information, including their names, to our police before the New Year,” the senior intelligence officer told AFP.

“These two men entered Thailand a while ago but did not conduct any terrorist activity. I wonder why Israel was suspicious about them.”

After last year’s devastating floods, the embassy warning is another blow to Thailand’s tourist-friendly image, adding to years of political turmoil that sometimes turned violent and bloody.

In August 2003, alleged mastermind Riduan Isamuddin, an Indonesian known as Hambali, was arrested in Thailand. He was suspected of being al-Qaeda’s representative in Southeast Asia and operational chief of the Southeast Asian militant group Jemaah Islamiyah.