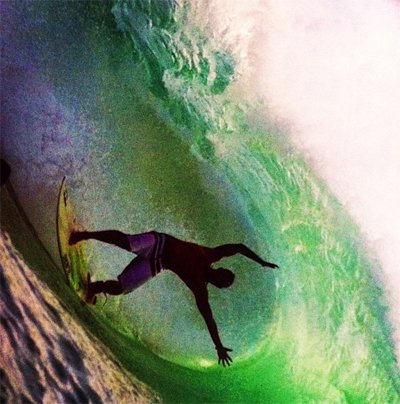 PHUKET: The Quiksilver Open surf contest is back in town with surfers streaming in from all over the world. Patong Beach, the most popular in Phuket, will host professional surfers from all over Asia, from Wednesday to Sunday.

Especially noteworthy is the fact that the Quiksilver Open Phuket is the final stop of the ASC circuit, which means the 2012 ASC champions will be crowned on Sunday.

Last year’s winner Raditya Rondi, from Indonesia, has a strong hold on first place in the rankings with 8,000 points, so a strong result will see him crowned the 2012 ASC Men’s Champion for the second consecutive year.

“I’m really looking forward to coming back to Phuket,” said Raditya. “Not only because it’s such a fun place to go, but [because] the event has [more] prize money and I’ll be able to get points for the ASC and the ISC. With the ASC championship on the line, all the crowd watching on the beach, and the waves being similar to my home break of Kuta Beach, I’m going to go all out and try my best to repeat an event and championship win.”

In the ASC Women’s Division, Phuket’s own Annissa Flynn is currently sitting in the #1 spot with 5,850 points. She only needs to finish ahead of last year’s ASC Women’s Champion Yasnyiar “Bonne” Gea from Indonesia to capture the 2012 ASC Women’s title.

Current ASC Master’s champion and Patong Beach local Decha Sithidej will no doubt pull out all the stops to ensure a podium finish so he can raise the ASC Master’s trophy in front of his family and friends.

It remains to be seen if Indonesia’s ace longboarder Arif “Mencos” Nurhidayat can defend his 2011 ASC Longboard title against Luke Landrigan of the Philippines.

Quiksilver parties – the stuff of local legend – will be all fun and games, but out in the water the competition promises to be hot and heavy, as Asia’s best surfers battle it out for more than 300,000 baht in prizes and a spot on the podium.

A star attraction of this year’s event will be current five-time ASP Women’s World Champion Stephanie Gilmore, who will be at the beach during the event to meet and greet fans and surf in a few expression sessions, which won’t count towards the competition.

Quiksilver Thailand’s General Manager Surached Munghtong said, “This event is to promote the sport of surfing among the general public here and encourage Thai surfers to improve their skills by participating in international events.”

The competition will be held at the north end of Patong Beach, where sandy-bottom beach breaks offer a variety of wave options, according to the swell conditions. If a sizable swell should arrive during the competition, Kalim Beach will be used. Kalim has a right hand reef break that can produce 100-meter long rides at an optimum 3-4 feet.

This week’s swell forecast looks to be on the smaller side, despite last weekend’s waves. If the swell stays smaller as predicted, it may give local competitors the edge they need.

Holly Monkman, Quiksilver’s Marketing Executive for Southeast Asia said, “The growth of surfing in Thailand since our first event here four years ago is amazing, and is testament to the importance of the ASC to the surfing industry in developing the sport throughout the Asian region.”

For those interested in entering the competition, registration will begin at the north end of Patong beach Wednesday morning. For more information, contact Surached Munghtong at surached@quiksilver.in.th.

Phuket Governor to retire September 30, but replacement yet to be named