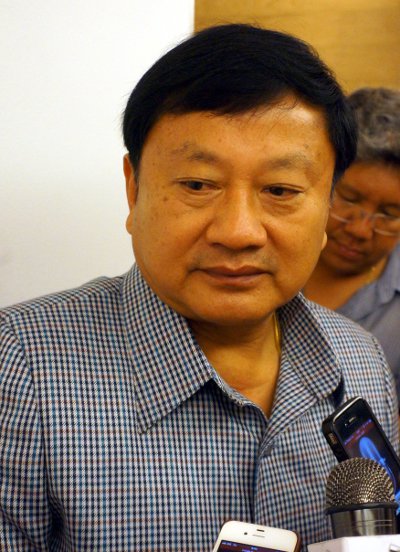 PHUKET: Phuket Governor Tri Augkaradacha is set to retire from civil service on September 30, just 19 days away, but his replacement has yet to be named, the Phuket Gazette has learned.

Governor Tri took up the position of Governor of Phuket on October 1, 2010, but had already served as a Phuket Vice Governor for four years following a posting here in 2006.

However, he will now retire, said Manas Nurak, Secretary to the Phuket Provincial Governor.

“Governor Tri will serve as Phuket Provincial Governor only until September 30, 2012. He has not been transferred anywhere else. He will just retire and spend more time with his family,” Mr Manas told the Gazette today.

“We have yet to receive any official order informing us who will replace Governor Tri. If no official order arrives by the end of September, Vice Governor Sommai Prijasilpa will take on the role of acting governor from October 1 until further notice,” he explained.

Governor Tri is currently on a cultural tourism road show in Nepal.

He is due to return to Phuket on Saturday, Mr Manas said.

“I don’t know how I came through in the end…”