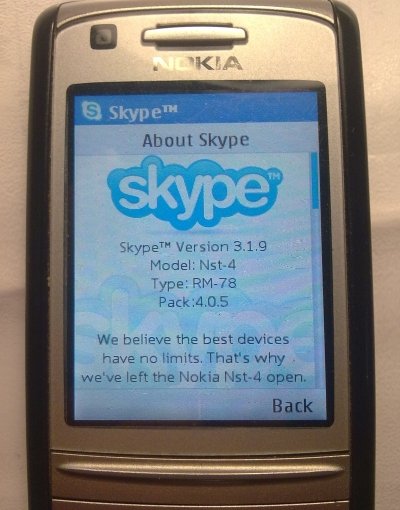 PHUKET: Skype users around the world, including Phuket, are still reporting outages of the popular Voice over Internet Protocol (VoIP).

The Luxembourg-based Skype announced yesterday on its website that it noticed a falling number of people logged on to the system “which wasn’t usual or expected” and decided to investigate.

The company has apologized to users and said the problem stems from glitches in their peer-to-peer system in which some users’ computers and mobile phones are used as “supernodes” to connect users.

Skype explained that their service relies on a large number of supernodes being available which yesterday were “unfortunately taken offline by a problem affecting some versions of Skype.”

The company normally has as many as 23 million users online at peak times and is taking steps to remedy the problem by creating new “mega-supernodes as fast as they can,” the web posting says.

This is the worst outage of the service since 2007 when its then 220 million users faced a two-day “blackout” caused by a mass re-boot of computers around the world for a Windows update, technology news website eWEEK.com reported.

The current outage comes at a time when Skype has 560 million registered users and is being increasingly used by consumers and small businesses worldwide.

“Skype is one of the key applications of the modern web. If I am a big business, I would be extremely cautious about adopting Skype for business, especially in light of this current outage,” Om Malik of the technology blog GigaOm said.

One expat in Phuket who uses the VoiP for business told the Gazette, “I depend on Skype for 100 per cent of my income. I can’t take chances – I’m going to research other providers and even pay for one if I have to. If I can’t use a reliable VoIP, I’ll have to start looking for another job.”

As of this afternoon, Skype’s latest Twitter message read, “Thanks for your continued patience while we get everyone back online – sorry especially to those of you who are still waiting.”