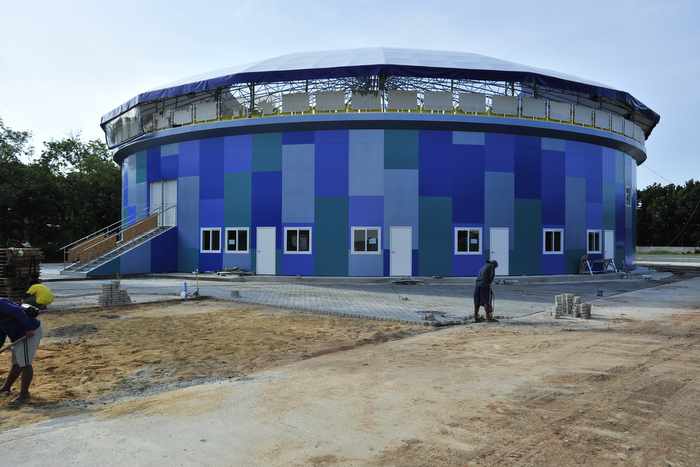 PHUKET: Pressure is building for authorities in Bangkok to make an ethical choice on whether or not Phuket should have a dolphinarium as a tourist attraction.

The issue splashed across headlines around the region after global conservation society Sea Shepherd alleged that at least one of the dolphins acquired for the nearly complete Nemo dophinarium in Chalong was sourced from the notorious annual dolphin catch-and-cull at the Taiji Cove in Japan (story here).

The operators of Nemo dolphinarium have yet to publicly refute the allegation.

Local environmentalists recently organized public screenings of the Academy award-winning documentary The Cove to highlight the plight of dolphins caught and butchered at Taiji (story here).

The momentum continued this week when students handed Phuket Governor Maitri Inthusut a petition signed by more than 400 students and faculty staff at the Prince of Songkla University (PSU) Phuket Campus (story here).

However, Governor Maitri has yet to voice an opinion on the issue, and instead has deferred the decision to the Phuket Fisheries Office, which in turn has handed the Nemo dolphinarium application to the Fishery Management Bureau in Bangkok to decide (story here).

In our latest poll we ask Phuket Gazette readers: “Should Phuket have a dolphinarium?”

To view the results of our previous poll, which asked, “How much do you think is a fair fare to pay for a taxi ride from Phuket Airport to Patong?”, click here.