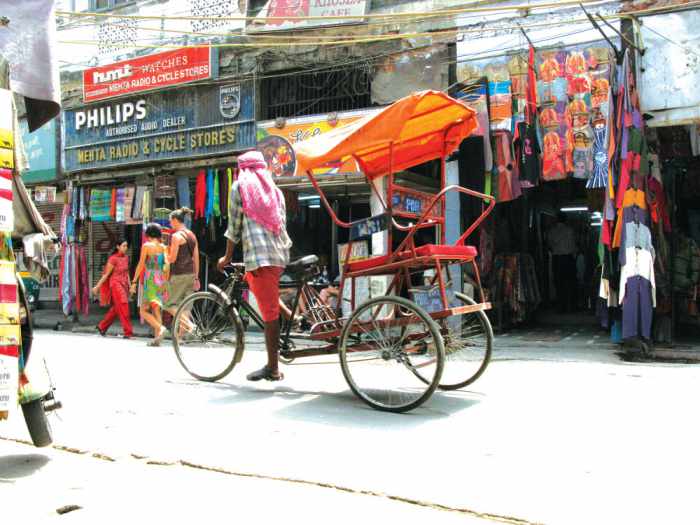 PHUKET: Adrenalin junkies simply never tire of flirting with disaster. Take those storm-chasing fanatics you see on reality television as they lean into the wind trying to catch a glimpse of the eye of a hurricane: Just one wrong step and they’re toast, along with their entire crew.

Recently, I’ve taken to travelling to India again after a long break. In the mid 1990s, I lived there for a year – working in hotel development – crisscrossing the sub-continent in an aging Hindustan Ambassador automobile… the springs in the back seat turned carnivorous on more than one journey – I’ve still got a few scars to prove it.

As is so often the case, I’m typing this out at 35,000 feet, on a flight from New Delhi to Bangkok. It’s monsoon season and we’ve already had a few rollercoaster-like thrills and chills. Perhaps that pre-flight meal at the Curry Palace wasn’t such a great idea after all.

Trips to India are never dull. From the moment you arrive, the mixture of energy and chaos reminds you that you are far from home. Expectations when travelling to some destinations can sometimes leave you disappointed, but India never lets you down. At times when I am on the road, I feel like a storm chaser without a storm to chase – let down by good weather.

Like adrenaline junkies, those travel junkies among us can soon become immune to situations that most Westerners would consider more than dangerous. Driving in India is one example where you quickly become immune to the risks: Those leaps of faith you take as your driver speeds into the path of an oncoming bus become matter-of-fact after the first day.

What was that Pink Floyd song – “Comfortably Numb”? I’ve spent the afternoon zigzagging across Gurgaon, which is the new commercial area of New Delhi. Wild pigs still roam the streets here in front of the skyscrapers, which house high-tech BPO’s (Business Process Outsourcing Centers). It’s New York on line one, and LA on line two, but wait, isn’t that a wild pig standing at a crosswalk? Surely it isn’t stupid enough to try and cross the street while the lights are red? My driver, of course, drives straight though the lights – either he’s colorblind or completely mad.

Then there are the people: Friendly, loud, talkative and argumentative. Or those late night meals. Again, Indian culture remains strongly intact despite the new age of the booming BRICs.

My driver nearly takes out one of the wandering sacred cows that has meandered out of a side street. I mentally check my karma and wonder if being an accomplice to the crime might stack up against me in the next life – or the one after that.

Sliding deeper into my airline seat aboard IndiGo Airlines, which remains India’s only profitable aviation enterprise, my senses are dulled from the overload of the past two days. One thing for certain is that after some tough economic twists and turns – along with those horrific terrorist attacks – the current business mood in India has turned decidedly optimistic.

Things are on the upswing, as a group of flight attendants in their retro uniforms start to prepare us for arrival. In a country not exactly known for efficiency IndiGo has accomplished the impossible – an efficient service. Maybe things really are changing after all. One thing is for certain, whether you love it, hate it, or are comfortably numb, there simply is no other destination to travel in quite like India.

Bill Barnett is Managing Director of C9Hoteworks. He can be contacted through: c9hotelworks.com. See more of Bill’s writing on his hotel industry focused blog, The Phuket Gazette Insider.

A journey back to our old town