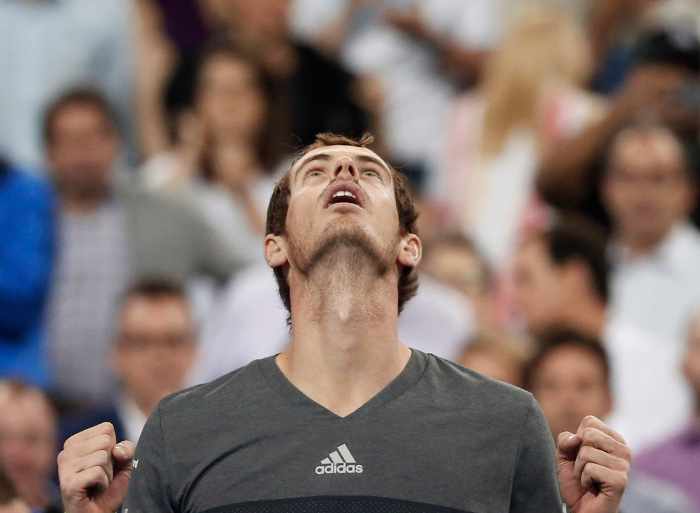 PHUKET: Eighth seed Andy Murray, who overcame cramping in his first-round victory, roared past unseeded German Matthias Bachinger in straight sets on Thursday to reach the third round of the US Open.

Murray, the 2012 US champion and 2013 Wimbledon winner, looked fresh and strong in cool, breezy conditions as he rolled to a 6-3 6-3 6-4 victory at Arthur Ashe Stadium in his first meeting against the German.

The Briton, never broken in the one hour 46-minute match, ripped 36 winners, more than doubling the 17 unforced errors he was charged with.

Murray said he was well over the effects of the cramps he suffered in Monday’s first-round match against Dutchman Robin Haase.

“I felt fine the last couple days. Had no problems on the Tuesday or Wednesday,” the Scotsman said. “I practiced well and didn’t have any problem. Tonight was fine, too.”

Murray also had few problems deflecting questions about his thoughts on a referendum on Scottish independence next month.

“I haven’t thought that much about that yet because I don’t think it’s looking too likely that it’s going to happen,” said the London-based Murray, adding that he had watched about 45 minutes of the second debate.

Murray did concede he would play for Scotland at the 2016 Rio Olympics, if they gained independence from the rest of Britain, though was not keen on getting too drawn into a political discussion.

“I’m not going into that,” he said. “I don’t want to talk about politics in here. I’ll worry about my tennis.”

“He’s had a couple big wins in the slams this year,” said Murray. “He beat (David) Ferrer at Wimbledon and obviously today against Verdasco.

“I’ve never played him before. I don’t know his game that well, but I’ve seen him play a little bit. He hits the ball pretty flat.

“Likes to go for his shots a lot. This court’s fairly quick, so that will probably help him.”

Phuket Poll: Should we allow a dolphin park in Phuket?