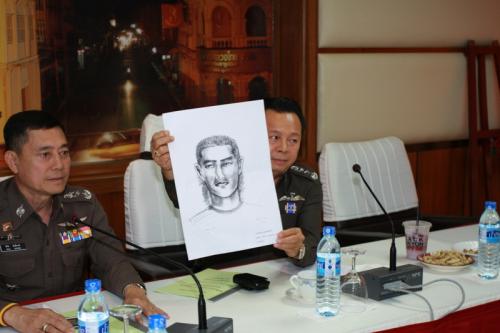 PHUKET: In a move to catch criminals faster, officers across Phuket are to use Skype so victims and witnesses can relate their descriptions of suspects directly to police artists in Surat Thani.

Under the Royal Thai Police project called “Sketch on Skype”, experts from Forensic Science Region 8 in Surat Thani arrived in Phuket on Tuesday to explain the program to officers from every police station across the island.

Because there are no police sketch artists working on Phuket, victims and witnesses in the past have been sent to Surat Thani so that officers there could create composite sketches of suspects, Phuket Provincial Police Commander Choti Chavalviwat said.

“This technology can save a lot of time. We do not have any police artists in Phuket who have the level of skill required to create accurate images,” Maj Gen Choti said.

“The officer in Surat Thani will start to sketch the image of the suspect according to the information given by the victim or the witness, who can see the image on a computer screen while the officer is sketching,” he said.

Using Skype will now allow victims and witnesses to avoid the trip to Surat Thani in their effort to help police by providing descriptions of suspects, Gen Choti said.