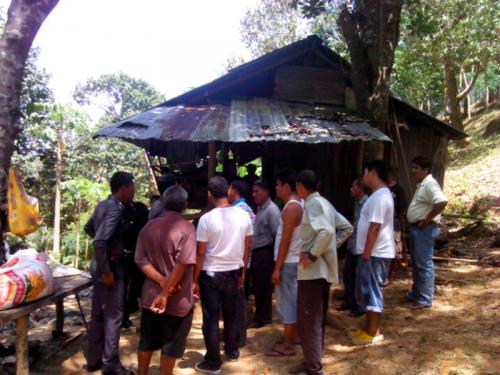 PHUKET: The body of a teenager was found hanging from a support beam of her parent’s house in Kathu on Tuesday.

Police tentatively suspect that the 19-year-old Burmese woman committed suicide because of a breakup with her boyfriend.

Thung Thong Police and Kusoldharm Foundation rescue workers arrived at the scene at about 11:30am to find the body of Ms Lat already laid out on the floor by her relatives. She was dressed in white with red lipstick still neatly applied to her lips, said Police Capt Wittaya Sinjumroen.

“Apart from the bruise from the rope, there were no wounds on her body,” said Capt Wittaya.

Suthin Thongmai, a neighbor, told the Phuket Gazette that Ms Lat had worked as a laborer with companies in Kathu and Karon. After her boyfriend broke up with her, she had moved to Samui, returning to Phuket two days before her death.

“We will question her parents and try to confirm the true cause of her death,” said Capt Wittaya.