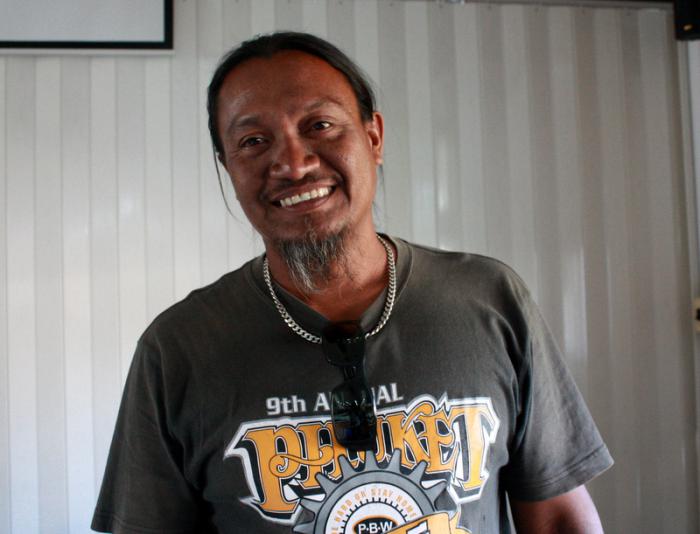 PHUKET: Patong Police yesterday recommended motorbike rental operators take photos of renters and their passports and upload them to Line, a smartphone application, in order to prevent passport theft.

The initiative follows the discovery that two passengers aboard missing Malaysia Airlines Flight MH370 had boarded with passports stolen in Phuket (story here), at least one of them from a shop that rented motorbikes in Patong (story here).

Though Phuket’s number two cop said yesterday that police would encourage operators to stop holding passports as collateral, he acknowledged that officers were powerless to take action against operators when renters’ willingly give up their passports.

“We are looking into what measures we can take, but as far as I know, there is no law in Thailand prohibiting foreigners from handing their own passports to another person to hold as per their own agreement,” Phuket Provincial Police Deputy Commander Arayapan Pukbuakao told the Phuket Gazette.

Police encouraged the 30 operators at yesterday’s meeting to join a Line application group that would circulate information about renters and make it available to the Foreign Affairs Division of the Royal Thai Police to check for fugitives.

“Every time someone rents a vehicle, we want the operator to upload to Line a photograph of the renter – a head shot – and a photo of the passport,” said Lt Col Khunnadet Nanongkhai of the Patong Police.

Police would keep the pictures in a database that could be used later in the event of a problem.

“Operators also need to make sure that the information on rental contracts is thoroughly filled out,” Col Khunnadet said.

Police suggested that operators call renters’ hotels to make sure they are staying there and, ideally, take another head shot when the renter returns the motorbike and picks up his passport.

“They must only give the passport to its owner,” he said.

“We’ve told police we need some kind of guarantee when we rent out vehicles. If a customer doesn’t want to leave their passport, they can leave cash,” Mr Anat said.

“In our business, we face tourists who abandon bikes after an accident or just don’t bring them back,” he said. “We take a risk every day.”

“There are about 60 rental operators in Patong. We agree with the police and want to do our part to prevent passports from being stolen,” Mr Anat said.

Phuket Police go for the balls to unite Patong

Phuket murder fugitive “Mick the Pom’ arrested in the Philippines