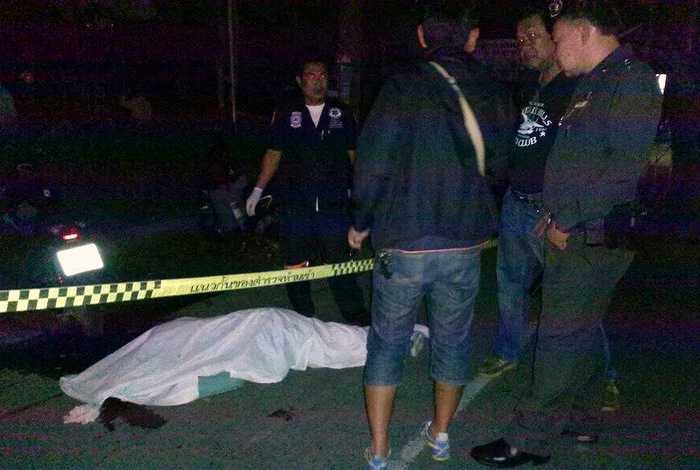 PHUKET: A Phuket Provincial Police officer has been charged with gunning down a waitress in cold blood after forensic evidence showed that the bullet came from his gun.

Nuchiska Klasuek, a 35-year-old waitress, was shot in the head by an unidentified assailant in a pick-up truck on May 16, after leaving the popular Saraphan Pleng Pub live-music bar in Chalong (story here).

“Ballistics tests confirmed that the bullet buried in Miss Nuchiska’s head was fired by the gun belonging to this officer,” Chalong Police Deputy Superintendent Jumroon Plaidoung told the Phuket Gazette.

“He has been charged with murder and suspended from duty, pending final judgment when the case goes to trial,” he added, but declined to reveal the offer’s name.

Staff at the bar told police that the fatal shot fired at Miss Nuchiska appeared to come from a passing pick-up truck.

However, CCTV images showed the officer’s white Honda Civic heading towards Karon and then, minutes later, heading back toward the pub (story here).

Col Jumroon confirmed that the officer would remain free on bail until the case went to court.

“If he is found not guilty at the trial, he will also be allowed to return to duty,” he said.