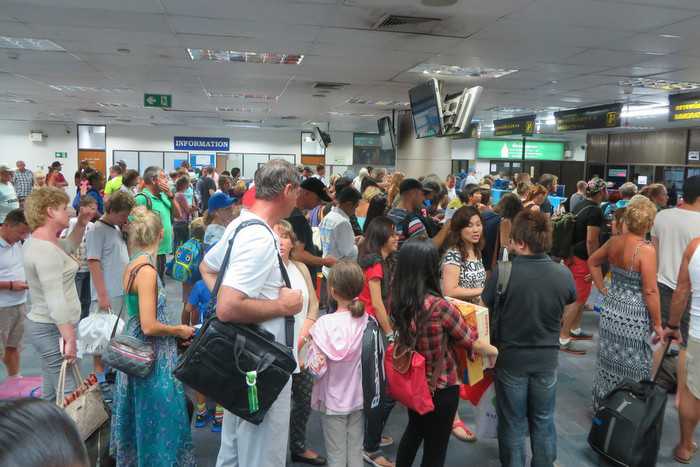 PHUKET: Is Phuket on the brink of losing its Russian comrades?

According to a recent report published by the Kasikorn Research Center, Russian arrivals to Thailand are expected to drop 5.5% by the end of this year.

When you consider that Russian visitors to Thailand (1.73 million) were almost double the number of visitors from the whole of Europe last year (1 million), then the decline could represent quite a large hole in Thailand’s overall arrival numbers.

Looking at these figures from Phuket’s point of view, one has to wonder whether we’ve reached a tipping point and are about to see a fall in the number of cash-flush Russian holidaymakers.

It’s not so long ago that you would have been hard-pressed to find a Russian tourist in Phuket.

They came here in small numbers at first – like the first settlers of the New World – looking for a new life in the sun, while keeping an eagle eye on the business opportunities.

Back then, they were a strange curiosity: Tall and beautiful (the women, anyway) – lacking any recognizable English language skills – but not afraid to haggle in their own unfamiliar-sounding verbiage. Now they number as many as the stars.

Whatever your views on the habits of Russian tourists, there’s no doubt they have become an important revenue staple of Phuket’s tourism industry.

Russian and Chinese arrivals at Phuket International Airport in 2014 have been the two largest groups with 228,691 and 225,949 visits, respectively. While Chinese arrivals declined slightly in the first quarter, by 1.6%, Russian arrivals grew by a staggering 20.4% year-on-year.

Combined, Russia and China constituted about 50% of total arrivals to Phuket, but perhaps what’s more interesting is that despite Kasikorn’s predicted overall decline in Russian arrivals to Thailand by year end, their numbers in Phuket continue to grow.

It would be difficult to pinpoint one particular factor influencing their growing numbers, and even tougher to speculate about any future role Russians might play in the tourism industry. However, for now, the figures suggest they are here to stay.

This is, of course, good news for the tourism industry, but with the EU tightening the screws on Russian sanctions, it could still go to pot. And that’s something the Tourism Authority of Thailand’s Phuket office shouldn’t be taking lightly.

Living the life of Riley in Phuket