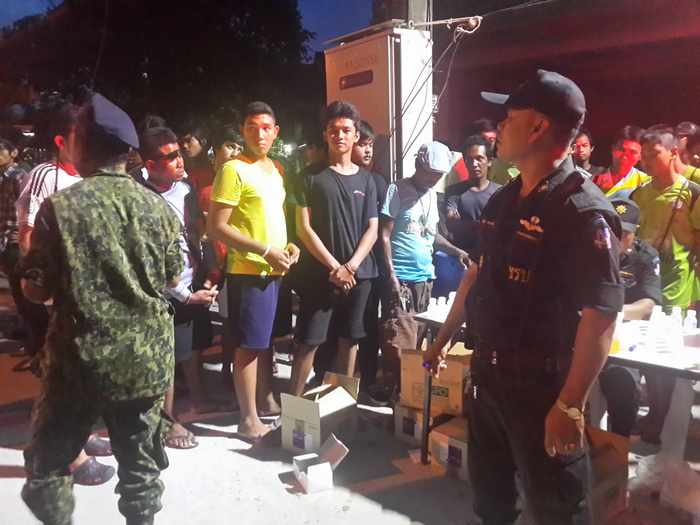 PHUKET: Following the recent spate of violent teenage attacks throughout Phuket, the island’s top-ranking police officer has ordered a 10pm curfew for all minors, effective immediately.

“I have ordered officers from every police station in Phuket to start cracking down on children under 18 years old who are found roaming the streets at night,” Provincial Police Commander Krajang Suwannarat told the Phuket Gazette today.

“After 10pm, minors who are not accompanied by a parent, adult relative or teacher will not be allowed out of their homes.”

Gen Krajang confirmed to the Gazette that police would be patrolling the island and that random checkpoints would be set up.

“If we find a minor out, unsupervised, after curfew, we will take them into custody, notify their parents and send them home,” he said.

“We are notifying parents when we catch children out past curfew because we need to make them aware of their child’s behavior” said Gen Krajang.

“Perhaps the children had not been given permission to leave or had run away while the parent was busy. We need parents to start taking responsibility for their children.”

If a child is caught breaking the law, the parent could be charged for failing to take responsibility of their child who commits a crime, Gen Krajang explained. The penalty for this is up to three years in prison, a 20,000-baht fine or both.

The order follows a recent wave of teenage crimes that have swept through Phuket, Gen Krajang explained.

On April 20, a pair of 17-year-old twins kicked a pregnant woman off her motorbike, robbed and raped her in Tah Chat Chai (story here).

A late-night teenage motorcycle race on the bypass road was nipped in the bud late last month with 22 youngsters arrested after local residents tipped off Phuket City Police after reading about the event in a Facebook post (story here).

Most recently, a group of nine teenagers carried out a stab-and-rob attack on two tourists in Karon and Kata early in the morning on July 3 (story here).

Last night, more than 100 officers enforced a checkpoint in Rassada, where 11 youths tested positive for methamphetamine use in on-the-spot urine tests for drugs targeting youths and young adult males.

A total of 329 people were tested for drugs.

The 11 suspects were ordered to undertake compulsory drug rehabilitation, or face a harsher sentence.