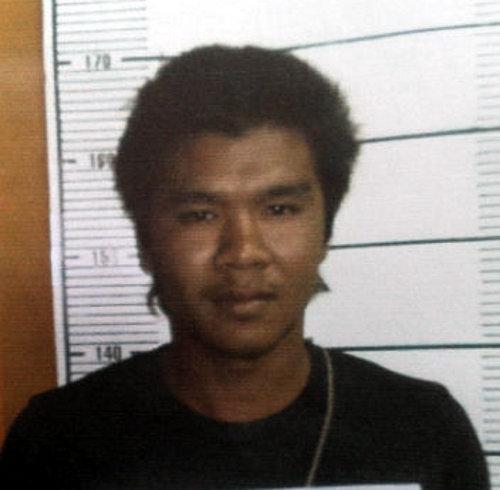 PHUKET: A young Thai woman wanted as a bag-snatcher was placed under arrest by Phuket Police yesterday after she presented herself at Thalang Police Station to seek guidance over being beaten by her boyfriend.

Rudeemas “Yaem” Sumeng, 22, reported the whereabouts of her partner to Thalang Police after he allegedly beat her.

She walked into the police station apparently unaware that she also had a warrant out for her arrest as a member of a bag-snatching gang.

“She told us that Apiwat ‘Tan’ Butmanee, 21, was hiding at a rented house in Koh Kaew, where the couple lived together,” Thalang Police inspector Kittiphum Thinthalang said.

Once Ms Rudeemas revealed that her partner had an arrest warrant in his name, police double-checked their case files.

They found that Mr Apiwat was the prime suspect for a bag-snatch on February 28 at the entrance to Kiri Villa in Srisoonthorn.

Also listed on the warrant, which was issued on March 7, was Ms Rudeemas.

“They were both arrested and have confessed to using a motorbike to bag-snatch,” Maj Kittiphum said.