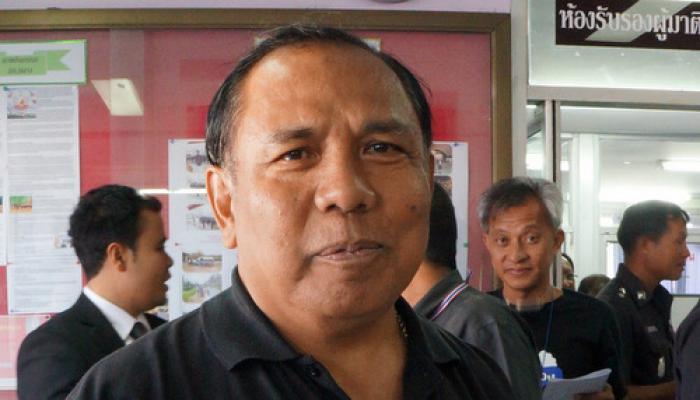 PHUKET: More than 1,000 Phuket supporters of the anti-government People’s Democratic Reform Committee (PDRC) have left the island to join fellow protesters in Bangkok.

The news follows a call by PDRC Secretary-General Suthep Thaugsuban yesterday, urging people from around the country to join the rallies in the capital.

“Some of them went in private cars, others by public transportation, and some by plane. I believe at least 1,000 PDRC supporters in Phuket have left to join the mass protest in Bangkok.”

Mr Suthep called on PDRC supporters to stage rallies outside the offices of every national television channel.

“From information I have, Phuket protesters will be joining a rally in front of the National Broadcasting Services of Thailand [NBT, Channel 11] led by Thaworn Senniam,” Mr Amnuay said.

“I do not know what exactly the plan is. I believe we will all know this evening.”

Mr Suthep will lead a protest to Government House, while other core PDRC members will lead protests in front of the offices of Channels 3, 5, 7 and 9, he added.

Mr Amnuay said he did not expect any violence to arise in the protests, but added that protesters were prepared to react appropriately as many of them did not trust the political machinery behind the government.

“They might have some plan to use violence against us,” said Mr Amnuay.

“Several attacks occurred in Bangkok after Yingluck [Shinawatra] was sacked from her position as prime minister. One was at the hospital at the Chulabhorn Research Institute and another at the home of a Constitutional Court judge.”

Two other attacks occurred at the Siam Commercial Bank headquarters and the Defence Ministry. No injuries were reported in any of the incidents (story here).

“I know our protesters are not afraid, but I hope that no one gets hurt. As for me, I will join the rally on Sunday,” Mr Amnuay said.