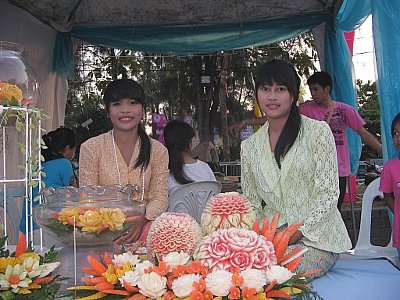 The event, funded and organized by the Phuket Provincial Administration Organization (PPAO), runs through Sunday night with a wide variety of staged entertainment, games and shopping opportunities.

Most of the staged entertainment will be by children in schools administered under the PPAO umbrella, but there will also be musical performances and beauty contests, including one for ladyboys on the final night.

Other fun activities for tourists and residents in include the annual Chalong Temple Fair now underway in Chalong, and the Phuket Old Town Festival to take place on January 28-30 at Queen Sirikit Park.

The schedule of events for the this year’s Phuket Local Food Festival: