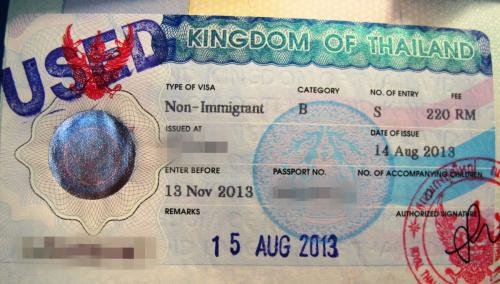 PHUKET: The theft of 300 visa stickers from Thailand’s embassy in Malaysia has put Phuket Immigration on high alert.

A Foreign Ministry investigation revealed that 259 of the 300 stickers had been used and 55 visa holders were still in Thailand.

“We have notified immigration officers at Phuket International Airport to look for the stolen visas,” said Capt Angkarn. “And we’ve notified every police station on Phuket.”

“So far, we have not caught anyone trying to enter Phuket with a stolen visa,” he said.

Hotels, resorts and apartment-owners have not been asked to check for the visa numbers, because it could interfere with the investigation, he explained. However, immigration officers will be carefully checking for the numbers in the daily logs these establishments are required to report to immigration.

Only nine people have been arrested trying to enter Thailand with the stolen stickers: two Iranians, three Nigerians, two Indians and two Pakistanis. Two of the Nigerians were arrested yesterday by immigration officials in the border province of Songkla.

An immigration commander said that those using the visas got them through a middleman for 10,000 to 60,000 baht each, reported The Nation.

The embassy has sought legal action against five of its local staff.