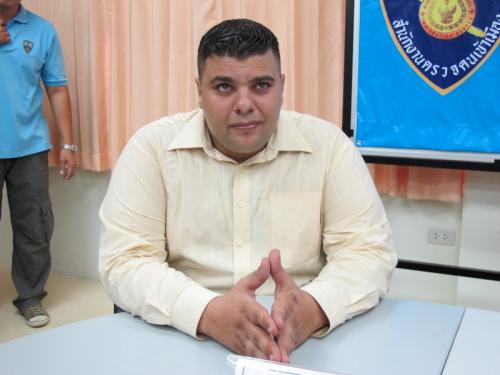 PHUKET: A French chef working in Phuket’s premier party town, Patong, was arrested yesterday for the alleged rape of a disabled woman in his home country in 2004.

Christopher Pierre Verdino, 28, slipped into Thailand in 2007 three years after French authorities issued an arrest warrant. His exact whereabouts became known to the French Embassy in Bangkok after he made a request for a name change on his passport.

The Embassy then notified Phuket Immigration, who made the arrest yesterday at about 9:30am.

“He told us that he planned to change his name in his passport first, and after that use his new name to get a new visa,” Phuket Immigration Superintendent Sunchai Chokkajaykij said.

Mr Pierre’s visa expired on December 31, 2012 and he has been charged with overstaying.

He will handed over to Immigration officials in Bangkok, who will in turn hand him over to officials at the French Embassy to be deported, Col Sunchai explained.