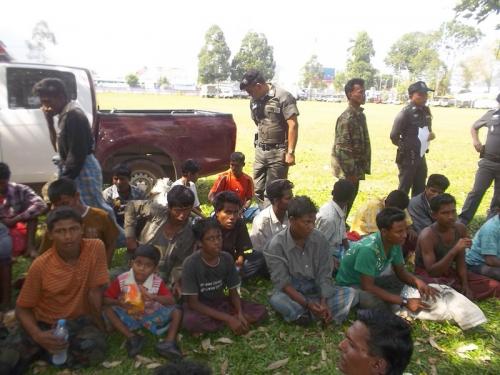 Today’s apprehension follows 73 Rohingya being arrested off the southern coast of Phuket on January 1. Those refugees were subsequently deported back to Myanmar (story here).

Today’s events also follow reports on Monday of hundreds of Rohingya being seen in boats off the coast of Lam Kaen in Phang Nga’s Tai Muang District (story here).

“We were told by fishermen there were two boats with many people on board floating in the sea 10 nautical miles west of Koh Phra Thong,” Col Weerasil said.

“They were on their way to look for work in Thailand or Malaysia. All of them were tired and hungry. We gave them food and water and turned them over to Phang Nga Immigration,” he added.