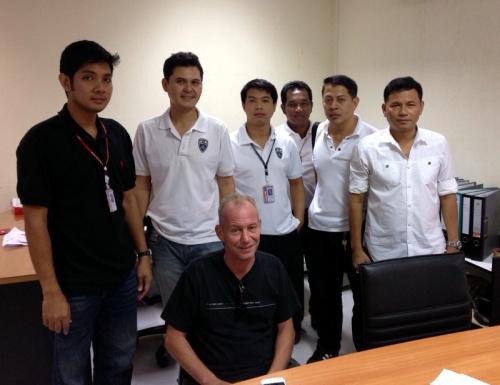 PHUKET: Phuket immigration today arrested for illegal entry a British man who had been working on the island as a realtor, a profession reserved for Thais, since 2011.

Richard James Daffund, 44, was picked up by police as he walked along Phuket Road, just several hundred meters from the Phuket Immigration Office.

The Englishman was recognized by police, who notified immigration, Capt Angkarn Yasanop of Phuket Immigration said.

“We spotted a man who matched the description of Mr Daffund and asked for his passport. He could not produce it, so we took him to the Phuket Immigration Office,” said Capt Angkarn.

“According to our records, Mr Daffund entered Thailand in December 2010 and left in January 2011. We have no records for him after that date,” he said.

He confessed that he had entered Thailand illegally through Malaysia in 2011 and had been working in Phuket as a realtor, he said.

“He will be transferred to Bangkok to be deported,” he added.