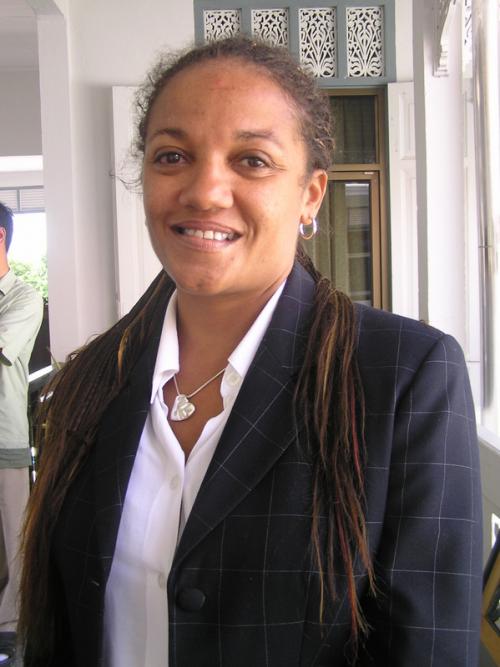 PHUKET: The Honorary Consul of Ireland this week revealed to the Phuket Governor how she was threatened and intimidated at a resort in Rawai, where taxi drivers refused to let her leave after picking up a friend and her children.

“I went to pick my friend and her children, but the taxi drivers in front of the resort did not allow us to leave,” Honorary Consul Helene Fallon-Wood told Governor Maitri.

“They insisted that I leave my friends there and that my friend and her children must take a taxi to leave the resort. The drivers surrounded my car. They shouted and kicked my tyres,” she said.

“Finally, I drove out of the resort, but carefully to avoid hitting them,’ she added.

Ms Fallon-Wood explained to Governor Maitri that this was not the first time she had encountered abuse and intimidation from taxi drivers at the resort.

“I always have a problem with taxi drivers every time I pick up friends at that resort,” she said.

Governor Maitri acknowledged that such violent behavior by taxi drivers had become common in Phuket.

“That problem has been happening for a long time. It might take us some time to fix, but we are now working on resolving that issue,” Governor Maitri said.

Regarding the Irish honorary consul’s ongoing predicament, Governor Maitri offered, “If you can recognize their faces, or if you face this situation again, please call me or police.”

Thanking the governor for his pledge to help, Ms Fallon-Wood noted, “The Phuket Police would be very busy if we called them every time this happened.”