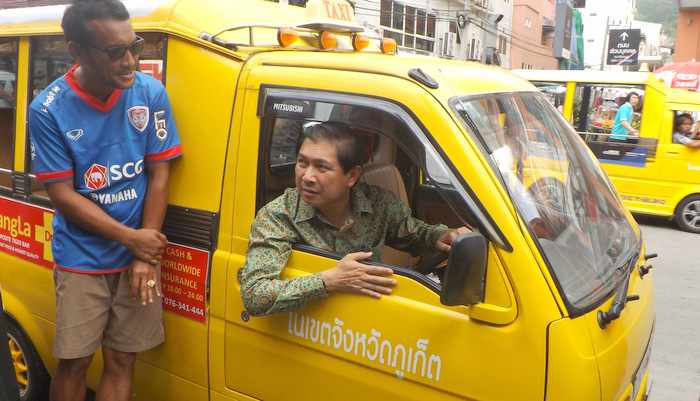 PHUKET: Governor Maitri Inthusut has vowed to visit Soi Bangla in Patong tonight to personally receive a formal request by nightlife venue operators pleading for the curfew to be lifted.

The meeting lasted just a handful of minutes.

Mr Weerawit had earlier announced a planned mass gathering of about 100 entertainment business operators and their staff at Phuket Provincial Hall tomorrow in order to present the formal request calling for the curfew to be lifted (story here).

Such a congregation would contravene an order by the National Council for Peace and Order (NCPO) banning all gatherings of five or more people calling for action from any administration.

However, despite Mr Weerawit telling the Phuket Gazette that the NCPO had been informed of the planned assembly, Governor Maitri decided to take steps to prevent the rally from forming.

“I will meet Patong business operators at 7pm,” Governor Maitri told the Gazette.

“I will let them know that we have already informed the NCPO about the impact the curfew has had on Phuket’s tourism industry.”

Governor Maitri also mentioned that he had heard, unofficially, that the curfew is likely to be lifted soon.

“The NCPO understands [the problem] and is concerned about tourism. I have received unofficial information about the curfew being repealed,” he said.

“I believe the curfew will be lifted soon.”