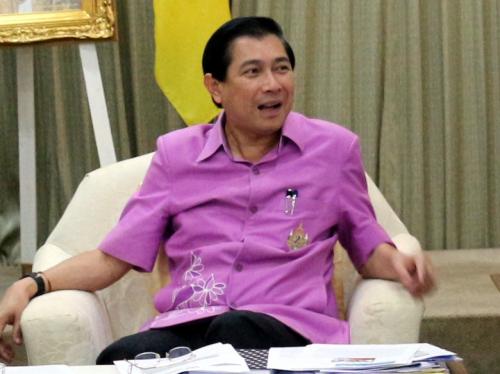 The complaint of foreign mafia presence in Phuket was filed by Tourism and Sports Minister Somsak Pureesrisak to the DSI headquarters in Bangkok on July 10 (story here).

“Phuket does not have any foreign mafia – just some groups of foreigners who are trying to benefit from the tourism industry. However, many of them have already been arrested,” Gov Maitri said.

In a meeting at Phuket Provincial Hall yesterday, the governor gathered all relevant organizations to prepare the necessary documentation for DSI officers who are expected to be on the island to tackle illegal foreign businesses using Thai nominees, illegal airport taxi drivers and foreign mafia presence next week (story here).

During their crackdown in Phuket, the governor said he would request the DSI distribute a 251 million baht budget for more CCTV cameras on the island as a way to increase the safety measures taken to protect locals and tourists.