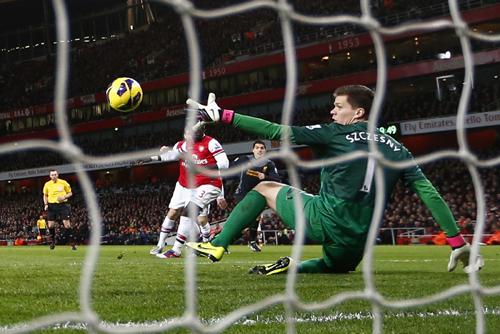 PHUKET: A midweek slip-up has again left Manchester City needing seven points to draw level with title rivals Manchester United ahead of a weekend encounter with an unpredictable Liverpool side capable of inflicting further pain.

A 0-0 stalemate at Queens Park Rangers on Tuesday has left City playing catch-up once again and added extra spice to Sunday’s encounter at the Etihad Stadium.

A defeat and City could find themselves 10 points adrift, deep into the second half of the season when United, who visit Fulham on Saturday, are traditionally strong.

City lacked the killer instinct to break down QPR and on Sunday will face a Liverpool team who have also frequently come up short when looking to deliver a knockout blow.

Capable of weaving pretty passing patterns, the Merseysiders have all too often lacked the mettle for a scrap or had the resolve to dig deep and grind out a result when the chips are down.

Having stumbled out of the FA Cup against third tier Oldham, they showed what they are capable of on their day with an impressive first-half display against Arsenal last night, but again stumbled under pressure and ended up drawing 2-2.

Arsenal, who showed their own defensive fragility in a comical and error-strewn first half against Liverpool, will face a different challenge at home to the physical and direct Stoke City.

United play Fulham a week after they strolled to a 4-1 victory over the west London club in the FA Cup fourth round.

That match was billed as the return of Dimitar Berbatov to his former club, but the Bulgarian’s contribution amounted to little more than a lackadaisical stroll around his former Old Trafford stomping ground.

United maintained their own title march with a 2-1 win over Southampton thanks to two goals from England striker Wayne Rooney.

Chelsea face a tricky visit to Newcastle on Saturday after their form under interim manager Rafa Benitez again came under the spotlight when they gave away a two-goal lead for the second time in two weeks to draw 2-2 at Reading in midweek.

Tottenham Hotspur’s form has also faltered and they will be hoping to win their first match in four against West Bromwich Albion on Sunday after three successive league draws.

Arsenal hit back to draw with Liverpool
Reuters / Phuket Gazette

PHUKET: Arsenal hit back from two goals down to draw 2-2 at home to Liverpool in the Premier League yesterday.

Liverpool seemed set for an impressive victory with goals from Luis Suarez and Jordan Henderson giving them a healthy lead with half an hour left but Olivier Giroud and Theo Walcott replied in a two-minute burst for the Gunners.

Tottenham Hotspur remained in fourth place but needed a Gareth Bale special to earn them a point at Norwich City after they trailed at halftime.

Everton closed to within a point of Tottenham with a 2-1 home defeat of West Bromwich Albion.

Leaders Manchester United were at home to Southampton in a late kickoff and third-placed Chelsea were in action at Reading.

Newcastle, plagued by injuries and languishing in 15th place having finished a surprise fifth last season, have signed five French players in the January transfer window.

Assured debuts by midfielder Moussa Sissoko and forward Yoan Gouffran, among 11 Frenchmen in the Newcastle squad, silenced the doubters.

“Welcome to the English league for the French boys. Every one of them put in a great shift,” defender Steven Taylor, who was making his first appearance since November after an injury layoff, told the club’s website (click www.nufc.co.uk).

“It was a massive, massive win. That feels like one of the most important games I’ve ever played in a black and white jersey,” added the 27-year-old after Newcastle pulled four points clear of the drop zone.

Taylor laughed off suggestions that there was a culture and language clash at Newcastle amid reports of club fines for players not speaking in English.

“They (the French players) got up one by one and sang in front of the lads. It’s great and it’s what we need at this football club – that togetherness,” said Taylor who grew up in Newcastle.

“The banter was flying the night before the game and the French lads were in amongst it. Already they’ve been accepted by the boys. They want to come here and fight it out and that second-half performance was what we need.”

Gouffran was impressed by the famous Newcastle away support, numbering over 2,500 at Villa Park.

“They were magnificent, absolutely superb. You just don’t get that sort of support in France,” said the ex-Girondins Bordeaux forward.

Manager Alan Pardew, under pressure having been given an eight-year contract by owner Mike Ashley in September on the back of his success last year, said France midfielder Sissoko had been a great find.

“Sissoko is a class act, trust me. Everything that I thought he might do for this team, he delivered in the first half,” said Pardew after Sissoko provided the assist for Papiss Cisse to score the opener after 19 minutes.

“He ran out of steam in the second half – those French players now know the difference between Ligue 1 and the Premier League.”

Newcastle next face Chelsea in the league on Saturday and play Ukraine’s Metalist Kharkiv in the Europa League last 32 in February.