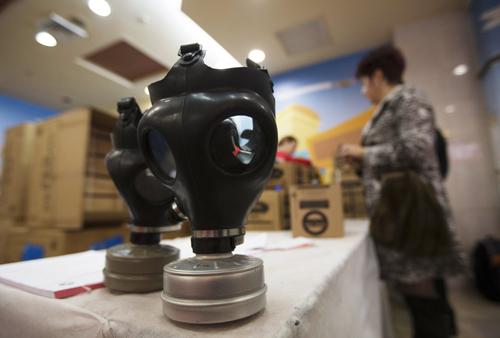 PHUKET: Israeli warplanes bombed a convoy near Syria’s border with Lebanon, sources told Reuters, apparently targeting weapons destined for Hezbollah in what some called a warning to Damascus not to arm Israel’s Lebanese enemy.

Syrian state television accused Israel of bombing a military research centre at Jamraya, between Damascus and the nearby border, but Syrian rebels disputed that, saying their forces had attacked the site. No source spoke of a second Israeli strike.

“The target was a truck loaded with weapons, heading from Syria to Lebanon,” said one Western diplomat, echoing others who said the convoy’s load may have included anti-aircraft missiles or long-range rockets. Several sources ruled out the presence in the convoy of chemical weapons, about which Israel has also raised concerns.

Diplomatic sources from three countries told Reuters that chemical weapons were believed to be stored at Jamraya, and that it was possible that the convoy was near the large site when it came under attack yesterday morning.

However, there was no suggestion that the vehicles themselves had been carrying chemical weapons.

The raid followed warnings from Israel that it was ready to act to prevent the revolt against President Bashar al-Assad leading to Syria’s chemical weapons and modern rockets reaching either his Hezbollah allies or his Islamist enemies.

A source among Syrian rebels said an air strike around dawn (11:30 PHUKET) blasted a convoy near the border. “It attacked trucks carrying sophisticated weapons from the regime to Hezbollah,” the source said, adding that it took place inside Syria.

Syrian state television said two people were killed in a dawn raid on the military site at Jamraya, which lies in the 25-km (15-mile) strip between Damascus and the Lebanese border. It described it as a scientific research centres “aimed at raising the level of resistance and self-defence”.

It did not mention specific retaliation but said “these criminal acts” would not weaken Syria’s support for Palestinians and other groups engaged in “resistance” to Israel.

Several rebel sources, however, including a commander in the Damascus area, accused the authorities of lying and said the only attacks at Jamraya had been mortar attacks by insurgents.

“This episode boils down to a warning by Israel to Syria and Hezbollah not to engage in the transfer of sensitive weapons,” the source said. “Assad knows his survival depends on his military capabilities and he would not want those capabilities neutralised by Israel – so the message is this kind of transfer is simply not worth it, neither for him nor Hezbollah.”

With official secrecy shrouding the event, few details were corroborated by multiple sources. All those with knowledge of the events – from several countries – spoke anonymously.

World News: Crack down on nightclubs after deadly fire