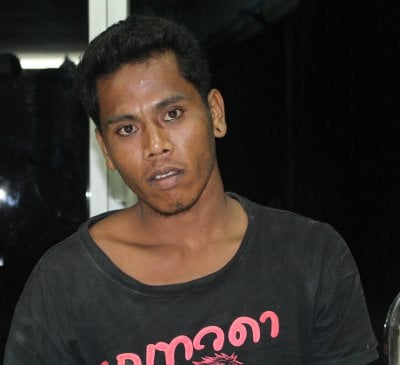 PHUKET: A man wanted in connection with a police bust involving 9,600 ya bah (methamphetamine) pills last year was arrested last night while walking along Wiset Road in Rawai.

The warrant for the man, Kriangkrai “Fad” Mahasod, 24, was issued by the Phuket Provincial Court on September 19 last year.

The court issued the warrant pending charges being brought against Mr Kriangkrai for possession of ya bah with intent to sell and possession of an illegal homemade firearm.

Mr Kriangkrai apparently spent a year in hiding in his home province of Krabi, across the bay from Phuket, but returned to Phuket about two months ago to work on a boat.

At the time of the arrest, Chalong police found two grams of ya ice (crystal methamphetamine) on his person.