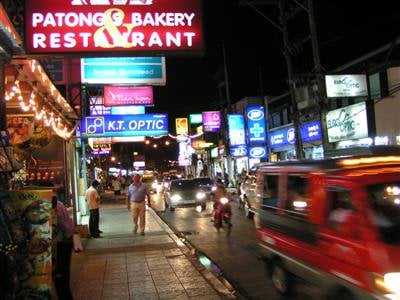 PHUKET: Only around one-third of Phuket Gazette readers believe reversing the direction of one way traffic will make travel in Patong more convenient, according to the results of our latest poll.

A total of 645 readers voted in the poll, which asked respondents what effect the plans would have on travel in the resort town.

The most popular response, offered by 42.4% of readers, was that the switch would have “little or no effect”.

Just over one-third of readers (34.5%) thought the reversal would make traffic more convenient. More Thais (41%) preferred this option than expats (33%) and tourists (37%).

Lastly, 23.1% thought the switch would make Patong travel less convenient. This response was given by 28% of Thais, 25% of expats and 17% of tourists.

On roads that run between the two main thoroughfares such as Sawatdirak, Bangla and Ruamjai, traffic switches to the right side of the road.

Kathu Police Superintendent Arayapan Pukbuakao has said the system “not only confuses people but is in violation of current Thai traffic laws.”

Phuket Gazette Readers’ Poll: How has the crisis hit Phuket?