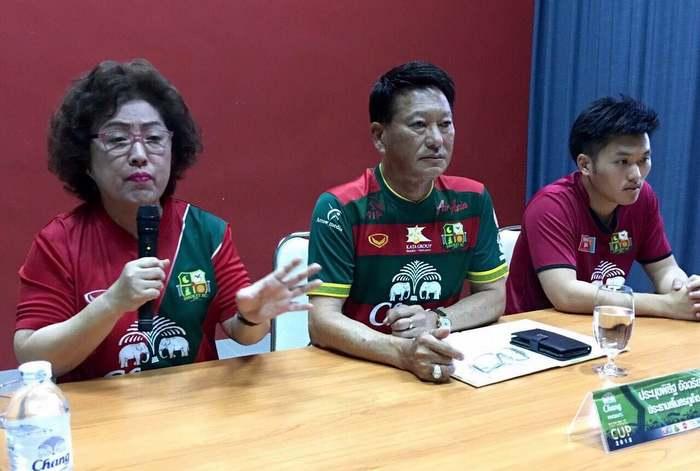 PHUKET: The president of the Phuket Football Club (Phuket FC) stepped down yesterday, following the team’s downgrade to Division 2.

“Our family has put more than 200 million baht into Phuket FC. Nonetheless, my management style has been highly criticized, so I think it’s best for us to part ways,” said Ms Tunyaratt.

The Achariyachai family has been running the Ronins since 2012.

“For the three years that we have managed the team, we have been abused by people for their failures. However, I’m proud of them,” Mr Pramookpisitt said.

“It takes a lot of money to keep a team like this going. I want to ask these people what they did for the team.

“Our goal was to make the people of Phuket happy. I realize that we have failed to do so and I apologize to everyone on the island for the team’s Division 2 downgrade.”

Though their management reign has ended, the Achariyachai family is still determined to bring joy to the people of Phuket.

“It is clear that team management is not an appropriate business for our family. There are many other ways we can bring happiness to our beloved island,” said Ms Tunyaratt.

New management for the now Division 2 Ronins has yet to be revealed.