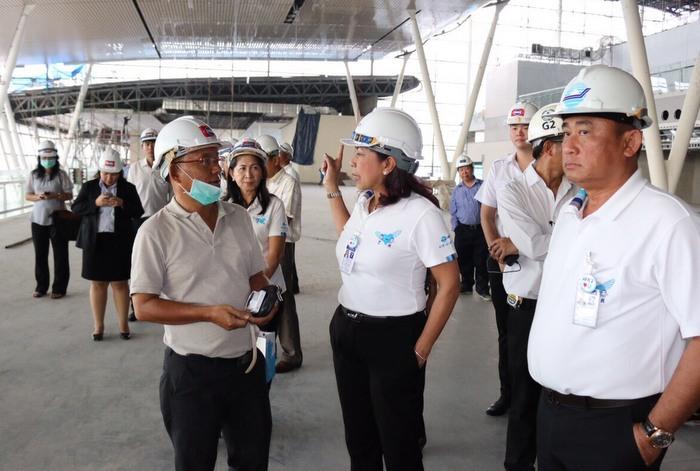 PHUKET: The highly-anticipated expansion of the Phuket International Airport will be celebrated with a grand opening in May, confirmed the airport director.

“We are now 83.69 per cent done. There will be an additional 10 bays and four aerobridges,” explained Phuket International Airport Director Monrudee Gettuphan on Wednesday.

A soft opening of the 5.7-billion-baht expansion will be held on Valentine’s Day following two trial phases to be completed in the next two months. The opening, however, will only be for the extension – not any other facilities or renovations.

“We are doing what is necessary to ensure everything runs perfectly,” Ms Monrudee said.

In May, all international flights will be moved to the new terminal. Following the move, further renovations will be made to the old terminal so that it can better cater to domestic flights.

The expansion was originally slated to be complete midway through this year, but a number of difficulties faced by contractors – including heavy monsoon rains – caused the project to be pushed back.

Due to the delays the 12.5-million-passenger capacity of the newly-expanded airport will be bulging at the seams with arrivals projected to be at about 13.6mn next year. About 12.5mn people will have arrived at the airport this year, dwarfing the airport’s current capacity of 6.5mn passengers.