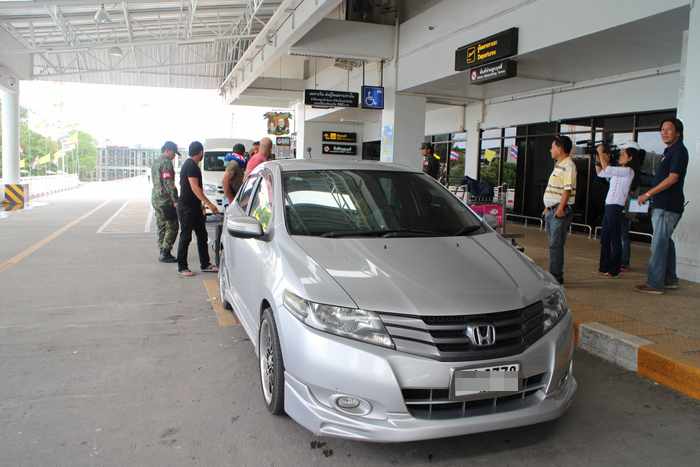 PHUKET: Six parking bays at Phuket International Airport will be set aside for women only as part of the nation’s celebrations to honor the 82nd birthday of HM Queen Sirikit on August 12.

The move follows Airports of Thailand (AoT) president Makin Petplai announcing yesterday that “Lady Parking” will be established at six airports in the country to mark the event, as the day is also marked to commemorate Mother’s Day.

At Suvarnabhumi Airport, the “Lady Parking” zone will comprise the entire third floor of Building 2 at the car park (story here).

“I have ordered my staff to work on it. The parking bays will be clearly marked off with paint as soon as possible,” he told the Phuket Gazette.

“As long as the rain does not cause too many delays, the bays should be ready by the end of this week.”

“We have yet to finalize the plans. The car park itself is done, but the ramps joining the levels and the lights and other fittings are not,” he said.

Siwawong Pinitnarapong, the project manager overseeing the entire airport expansion, said the new car park was on target for completion by the scheduled August 15 deadline.

However, Mr Prathuang told the Gazette that he did not expect the new facility to open to the public until the end of October.

“The roads and other aspects of the building still need to be completed before we can open it to the public,” he said.

“We do not want to risk any lives. Only after we have checked it for safety will we declare the car park open.

“And we will make sure the special women-only parking zone will not be occupied by taxi drivers.”