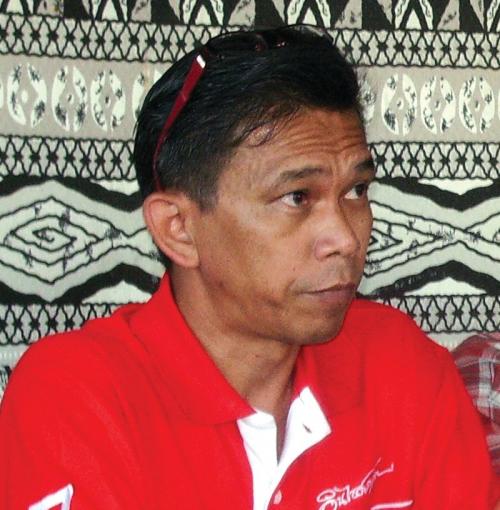 PHUKET: There were many high-profile crimes on Phuket in 2012. Perhaps none horrified the audience of the world as much as killing of Australian tourist Michelle Smith, 60. Mrs Smith, a travel agent, died from stab wounds after two men tried to steal her handbag and she fought back.

Her assailants, Surasak Suwannachote and Surin Tadthong, were apprehended, tried and sentenced to life in prison less than a month after the killing, which was caught on CCTV.

Ten days earlier Australian national Stevie Bamford reported to police that she had been sexually assaulted by tuk-tuk drivers in Patong, but subsequent review of CCTV images by police revealed holes in her story.

She later signed a confession saying she had made up the story after a fight with her boyfriend, served a 15-day sentence in Phuket’s minimum security prison and was then deported.

However, she enraged Australian diplomatic officials later in the year when she appeared on the Australian show Today Tonight claiming that an attack did occur and that she was advised by Aussie diplomats to lie about what really happened. She did admit that she was drunk at the time and that the night’s events had been “a bit of a blur”.

However, the year of high-profile crime started just weeks into 2012, when on January 12 the well-known investigative reporter Wisut “Ae Inside” Tangwitthayaporn was assassinated by two men on a motorbike in a shooting ambush in broad daylight on Thepkrasattri Road in Rassada.

Police soon issued four warrants in the case and made two arrests. The first was of alleged driver Noppadol Praisri on January 14. Then, in mid-February, alleged mastermind Atsadakorn “Pod” Seedokbuab, owner of KPP Cable TV, turned himself in after negotiations with police. He claimed innocence, saying he was unaware of the charges against him because he was away in Burma on business.

Two other suspects, including the shooter, remain at large.

On the last day of February, Norweigian expat Stein Havard Dokset was arrested in his villa in Kata and charged with the murder of his late girlfriend Rungnapa Suktong, whose remains were found dissolving in an acid bath inside the home.

Mr Dokset later admitted to accidentally killing Ms Rungnapa in a fit of jealous rage after she left him for a Patong policeman.

In early July, 17-year-old Sunisa “Nong Som” Saiyoy was sexually assaulted and murdered in her home in a quiet suburb in Wichit. Some fine detective work led to the quick arrest and confession of Kittikhun Wonghajak, a serial thief who was high on methamphetamine when he entered the home with intent to commit robbery.

Ms Sunisa, who had an acute fear of strangers, was suffering from depression and happened to be home alone that day. Kittikhun told police that when he saw Nong Som alone, he “decided” to sexually assault her and accidentally suffocated her with a pillow.

It took scores of security personnel to keep a large crowd from lynching the suspect during a re-enactment of the crime carried out in front of the victim’s home.

Mr Kittikhun is expected to spend the rest of his life in prison.

In late July, Chalong Police arrested Belgian Marc de Schutter, described as one of the most wanted European criminals. Mr de Schutter was wanted for murder, money laundering and economic crimes in his native Belgium. He was quickly deported to face charges there.

On December 1, murder suspect Lee “The Pitbull” Aldhouse arrived at Phuket International Airport after extradition from his native Britain to face charges for the August 2010 stabbing murder of Dashawn Longfellow, a former US Marine.

Aldhouse, a muay Thai fighter, successfully fled Thailand after the murder, but was later arrested at Heathrow Airport on an unrelated charge. His extradition was reportedly the first of a UK national to Thailand since a treaty was signed 101 years ago.