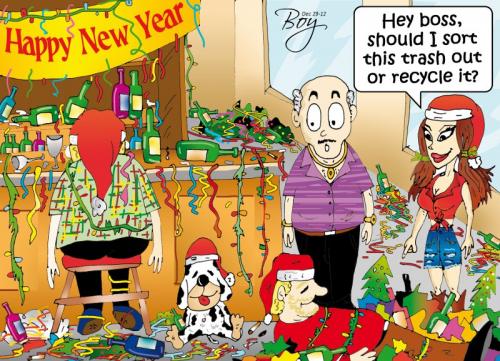 PHUKET: A new 960-million-baht incinerator went into operation in the middle of last year, yet Phuket still faces a solid waste crisis – one that requires a better solution than simply building a third incinerator at Saphan Hin. (See also tomorrow morning’s Web review of ‘Phuket 2012: Feeling the pinch from growing pains’.)

When the new plant went into operation, many thought that Phuket had reached a turning point in its battle to deal with all the refuse that we create – currently as much as 650 metric tons a day in the high season.

The truth is that the new plant, which can burn 700 tons daily, is little more than a temporary expedient to save Saphan Hin from another landfill disaster like the one that occurred in June 2007 when toxic swill flowed into the surrounding mangroves, killing millions of farmed fish there.

Estimates by the Phuket Office of Natural Resources and Environment project that the volume of trash produced in Phuket could reach as much as 1,000 tons per day by 2015, now just two years away.

Thus, officials talk of building yet a third incinerator at the Saphan Hin.

The Phuket Gazette disagrees with this strategy for several reasons. First, if there were a worse place to site a landfill than a mangrove forest, we would like to know where that might be. When the original incinerator was built in the late 1990s, most urban planners had probably never heard the word “tsunami”, and the threat of global sea level rise due to climate change apparently also went unconsidered.

Times have changed; all of Saphan Hin has been designated as a tsunami-risk zone, which should be reason enough to clean up the mountains of garbage piled up there as soon as possible.

If Phuket is to get a third incinerator, it should be cited somewhere beyond the reach of waves, mangroves and established communities. As every Phuket Town resident knows all too well, trucking all the island’s solid waste to the area involves, unavoidably, having to suffer the foul smelling garbage trucks plying the streets of Phuket Town – morning, noon and night, every day of the year.

The province should immediately start looking for an alternative site to build a third incinerator somewhere in Thalang, in order to reduce the considerable cost of having to truck garbage from there all the way to Saphan Hin.

Most importantly, each local administrative body finally needs to get serious about forcing home and businesses to sort trash. Refusing to collect unsorted trash would have an immediate effect in minimizing the amount of waste that needs to be incinerated.

Phuket Opinion: Losing Patong’s beauty to the dust of progress

Phuket Opinion: Santa says a smile is the best Christmas gift of all