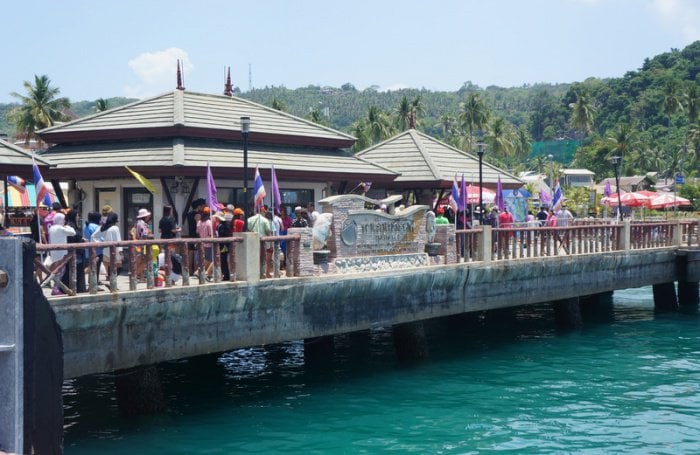 PHUKET: An expert adviser from Bangkok submitted a proposal for more boats, buoys and staff to man Phi Phi national park. The proposal was submitted to the Department of National Parks Wildlife and Plant Conservation (DNP) this month.

“The national park covers more than 200,000 rai. However, they only have four officers and two small boats, which is just unbelievable,” said Dr Thon Thamrongnawasawat, a member of the National Reform Council, who is at the Hat Noppharat Thara – Mu Ko Phi Phi National Park as a policy adviser (story here).

The proposal requests three additional patrol boats, 125 buoys and about 15 more officers to be dedicated to care for the park.

Dr Thon’s efforts follow a two-month, national-level investigation by the DNP launched in May that uncovered unnerving discrepancies in the number of visitors to the park and the actual amount of money that could officially be accounted for.

As part of the investigation, Chaithat Boonphupantanti, chief of the national park, was transferred to the position of Director of Watershed Conservation. The new park chief was named as Sorayut Tansathian (story here).

Dr Thon has requested that a new national park fee system be implemented throughout Thailand in order to prevent money from disappearing into the hands of so many corrupt park officers.

“By doing this, we can ensure that all fees are being collected properly. Also, the DNP can better regulate the number of tourists visiting certain fragile ecosystems in national parks,” said Dr Thon.

“Local national park officers will still be sent out to check that tourists have bought tickets, but will not be permitted to sell tickets.”