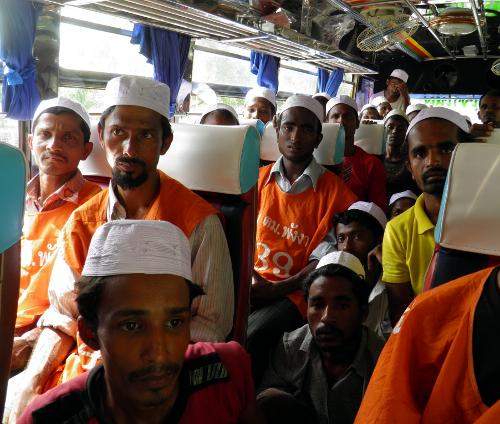 PHUKET: The 179 Rohingya refugees who arrived in Khura Buri District, north of Phuket, on January 23 have taken the Phang Nga Immigration facilities past breaking point, forcing authorities to relocate hundreds of Rohingya already being held at the Phang Nga detention center to immigration centers elsewhere in Southern Thailand.

“Yesterday, we brought 179 Rohingya from Khura Buri police station to our office. We already had 271 Rohingya here, and space for just 250, so we could not accommodate them,” Phang Nga Immigration officer Neti Khunboon told the Phuket Gazette yesterday.

Maj Neti also confirmed to the Gazette that his team was working along with Phang Nga Provincial Social Development and Human Security Office to take care of the children who were part of the group of 179 Rohingya.

“We want to move them to a special Phang Nga shelter for women and children.” Maj Neti added.

The children have already been examined by Public Health Officers, who determined that five should be sent to Phang Nga hospital to receive treatment for fever, blood in the urine, and possible tuberculosis infection.