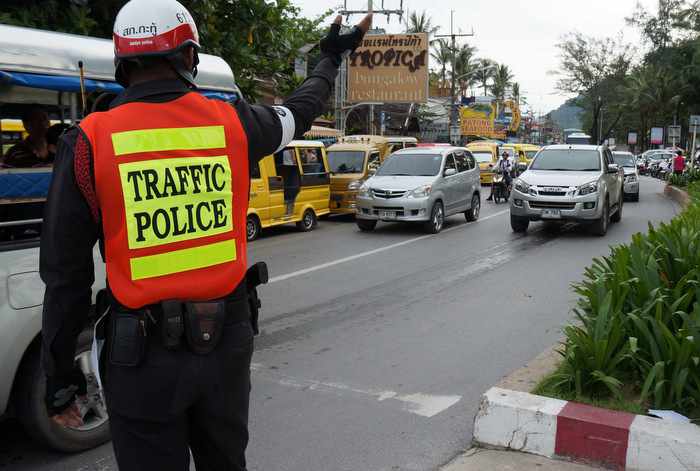 PHUKET: The plan to change the direction of one-way traffic in Patong is still on the books, but is on hold until other transportation issues are sorted out.

“I intend to follow through with the direction-change initiated by the former mayor, but first I want to organize public parking and taxi stands,” said Patong Mayor Chalermluck Kebsab.

The current traffic pattern, northbound on the beach road and southbound on Rat-U-Thit 200 Pi Road, was put into effect in 2007.

When Patong Police Superintendent Arayapan Pukbuakao took up his post in March 2010, he pledged to change the system, which he said violates Thai traffic law because on some roads joining the two major arteries, drivers are required to “keep right” in order to make the system work (story here).

Reversing the flow to make Rat-U-Thit 200 Pi Road northbound and the beachfront road southbound would do away with this problem, which is the main reason behind the change.

Under former Mayor Pian Keesin, the streets were to change direction in November 2012, but a number of delays held up the project (story here).

“Once the public transportation issues are taken care of, we’ll have a meeting to discuss the one-way traffic,” Mayor Chalermluck said.

“For now, we will leave the traffic as it is.”