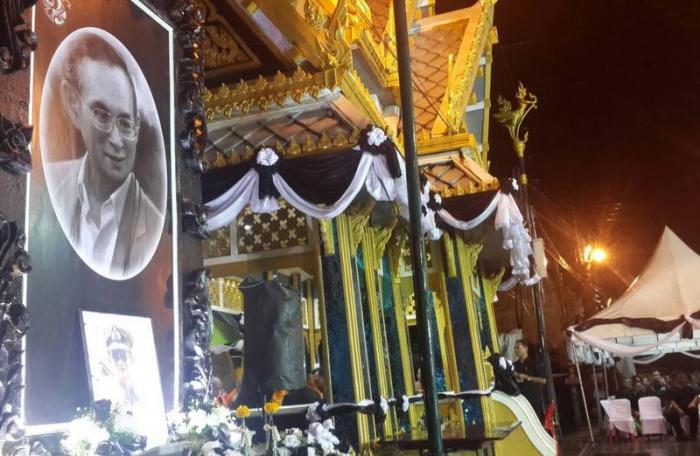 PHUKET: The Baan Morn community of Patong, along with the mayor and several monks, prayed to bless His Majesty King Bhumibol Adulyadej and mourn his passing in a ceremony held Monday evening.

“Our King visited Pisit Koranee Road in Patong several times in the past; his first visit was on March 11, 1959. We built a pavilion after that visit, following which he visited again with Crown Prince Maha Vajiralongkorn in 1968,” Patong Mayor Chalermluck Kebsup told the Phuket Gazette.

“Our elders say that His Majesty the King visited Patong alone even though the commute was very difficult at the time. He also spoke to locals and visited Wang Kee Aon waterfall.”

HM the King, Princess Srinagarindra and Prince Maha Vajiralongkorn all signed their names at the pavilion and their signatures were later engraved in a granite plinth placed in the middle of the pavilion for locals to visit and pay their respects every year on March 11.