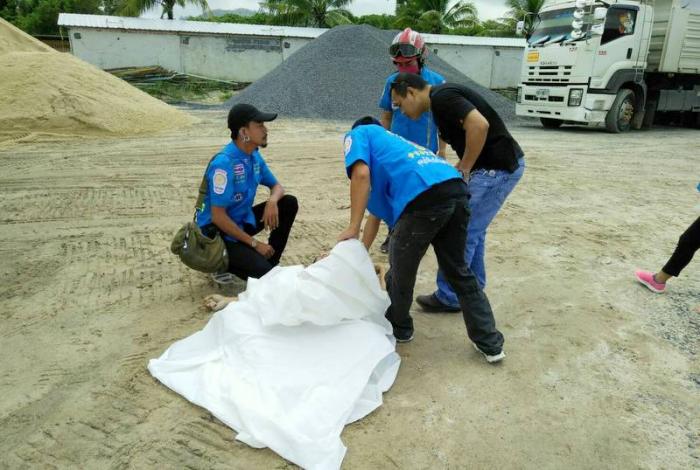 PHUKET: Kathu Police found the body of a man stabbed to death in a sand lot on Saturday afternoon.

Nares Komkam, 42, was a truck driver at Phuket Sirintorn Co Ltd who had reportedly argued with his wife that morning.

“We found the body on the ground, wearing a black shirt and jeans,” said Kathu Police Capt Nipon Bumroongtin. “He had been stabbed in the left side of his chest. Rescue workers took the body to Vachira Hospital for a forensic examination.”

Police say their investigations reveal that a jealous Mr Nares, believing his wife to be having an affair, reportedly struck her hard enough to cause bleeding after she asked to visit her mother in the hospital.

Police traced Ms Malinee to her rented house in Koh Kaew and arrested her.

Capt Nipon said Ms Malinee reportedly confessed to police that she had stabbed her husband in a fit of rage. She was charged with murder.